P!NK’S HURTS 2B HUMAN DEBUTS #1 ON THE CANADIAN BILLBOARD 200 CHART 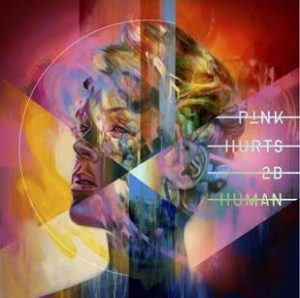 BEAUTIFUL TRAUMA WORLD TOUR WAS THE HIGHEST GROSSING TOUR IN THE US FOR MARCH; SOLD OVER 1 MILLION TICKETS IN THE US & 3 MILLION WORLDWIDE

CHECK OUT WHAT THE PRESS IS SAYING ABOUT P!NK & HURTS 2B HUMAN

“…P!NK remains a pop paragon of both versatility and consistency”

“We prefer to think of Pink as a star who’s only gotten better the further she’s progressed into her career.”

“…she’s forged a successful and sustainable path forward in pop by making accessible music that hits at enough hard truths, and lets enough of her salt-of-the earth personality shine through.”

“Hurts’ stylistic breadth, linked from song to song by Pink’s world-weary yet optimistic outlook, makes it an enjoyable — and, at times, relatable — pop album…”

“…her intense commitment to letting herself exist inside her music, warts and all, has kept her hovering in pop’s highest echelons for nearly two decades.”

“…she remains one of our worthiest superstars…”

“On her eighth album Hurts 2B Human, there are chest-beating, middle-finger jabbing anthems in every shade of Pink.”

“She can rock out. She can rap. She can sing a gorgeous ballad while spinning on a trapeze. And somehow she boldly does it without compromising her distinctive point of view, musically and literally.”

“Right out of the gate on her new album, Pink gives you just the song you expect from the punk superstar: a pop ballad oozing with confidence and giving her signature “f-off” vibe.”

“Pink still has what it takes to stay relevant”

“Hurts 2B Human is another masterclass in emotional pop-rock”

“…a classic collection of P!NK anthems built for the stadiums…”

“What these songs have in common is that they celebrate P!NK’s uniqueness: that one-of-a-king voice, the uncompromising attitude.”