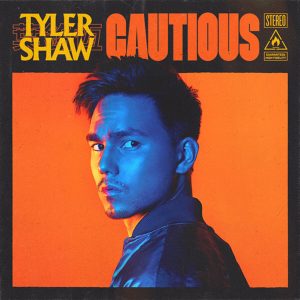 (January 26, 2018) – Platinum-selling artist Tyler Shaw returns with a scorching new single “Cautious” from his forthcoming album. Equal parts rhythmic and sultry production, this alluring track was written and co-produced by Shaw and his long-time producer Alex “Pilz” Vujic. Visually inspired by the hit TV show Riverdale, the video explores attraction, and our resistance to it, in a deeply relatable way. It was produced and directed by creative masterminds The Young Astronauts, and supported by MuchFact. Shaw’s sophomore album is set for release later this year. Click here to watch the video.

“I wrote this song for the feelings it evokes,” said Shaw of the song. “The sense that someone or something is intriguing and tempting, but also potentially dangerous, and the conflict that brings.”

Since his 2015 debut album Yesterday, Tyler has been busy with big events such as, We Day appearances, performing for HRH Prince Harry and Prime Minister Justin Trudeau at the Invictus Games launch in Toronto, and starring as lead actor in a feature film The Meaning of Life, which premiered last summer.

Tyler Shaw is a platinum-selling artist, producer and actor. The Chinese-Canadian released his hit song “Kiss Goodnight” in 2012, and the melodic track quickly hit platinum sales. In 2014 Tyler earned a JUNO Award nomination for ‘Breakthrough Artist of the Year.’ He then went on to release certified gold tracks “House of Cards” and “Wicked,” all from his 2015 debut album Yesterday. Shaw has opened for massive artists such as Shawn Mendes and Alessia Cara, as well as toured with Selena Gomez. The multi-talented artist recently exercised his acting skills as the lead role in the feature film The Meaning of Life, released in summer of 2017.