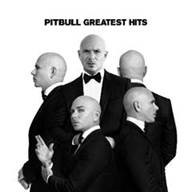 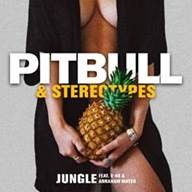 (New York – November 10, 2017) New York –— GRAMMY® Award-winning, multi-platinum international music icon and business entrepreneur Pitbull today announces the release of his first GREATEST HITS album via Mr. 305/Polo Grounds Music/RCA Records. GREATEST HITS is a celebratory 13 song all-star hit parade, a collection of his massive career-defining singles including “I Know You Want Me (Calle Ocho),” “Give Me Everything (Feat. Ne-Yo, Afrojack and Nayer)” and “Timber (Feat. Kesha)” among so many others.

Pitbull is currently on the second leg of his co-headlining North American tour with Enrique Iglesias. Last month, he was honored with the first ever “Latin AMA Dick Clark Achievement Award” at the third annual Latin American Music Awards, where he premiered his new Spanish single “Por Favor” with a live performance with Fifth Harmony.

01 Give Me Everything feat. Ne-Yo, Afrojack & Nayer

07 Rain Over Me feat. Marc Anthony

In addition to his GREATEST HITS album, Pitbull is thrilled to announce the return of one of the most exciting experiences on the Strip with “Time of Our Lives,” his unique Las Vegas residency. For more information visit ticketmaster.com/pitbull – tickets go on sale today at 10am PST.

From Mr. 305 to Mr. Worldwide, Armando Christian Perez, aka Pitbull, rose from the streets of Miami to exemplify the American Dream and achieve international success. His relentless work ethic transformed him into a Grammy®-winning global superstar and business entrepreneur. Along the way, he has been the subject and host of prestigious cable and network specials. His music has appeared in “Men In Black III” and “The Penguins of Madagascar,” and he even had a starring voiceover role in the animated 3D movie “Epic.” Landing No. 1 hits in over 15 countries, 10 billion YouTube/VEVO views, 70 million single sales and 6 million album sales, Pitbull does not stop. His social networking channels include nearly 90 million combined Facebook (@Pitbull), Twitter (@Pitbull) and Instagram (@Pitbull) followers, plus more than 9 million YouTube subscribers (PitbullVEVO and PitbullMusic).

Making global music, Pitbull flaunts a style that’s indisputably his own. Releasing his full-length debut, “M.I.A.M.I” in 2004, followed by the success of 2006’s “El Mariel” and 2007’s “The Boatlift.” In tribute to his father, he delivered his first Spanish-language album, “Armando,” in 2010. He grinded it out on the road and touched down everywhere from the Far East and South America to Europe and all across the U.S. His success continued as he went on to release additional chart-topping platinum hits, including “Give Me Everything” [featuring Ne-Yo, Afrojack, & Nayer], “Timber” [featuring Ke$ha], “Fireball” [featuring John Ryan] and more. The platinum “Time of Our Lives” [featuring Ne-Yo] is the namesake for Pitbull’s Las Vegas Residency, which is entering its fourth consecutive annual run in 2018. On March 17, 2017, Pitbull released his 10th full-length album, Climate Change, after wrapping his second headlining arena run – “The Bad Man Tour,” named after the Climate Change hit single performed on the 2016 Grammy Awards.

Initially inspired to pursue his music dream by one of his high school teachers, Pitbull also understands the impact that education can make in one’s life. To spread that message and encourage quality education for children from all walks of life, he serves as an ambassador for SLAM!, Sports Leadership and Management charter schools. Launched in the Little Havana section of Miami where he spent some of his youth, the SLAM! model has now expanded to Las Vegas and West Palm Beach, Florida.

Honored by his accolades and awards, Pitbull is especially proud that he has received a key to the city of his beloved Miami, has a wax figure on display at Madame Tussaud’s Orlando, and received his star on the Hollywood Walk of Fame in the Celia Cruz Plaza on Hollywood Boulevard.