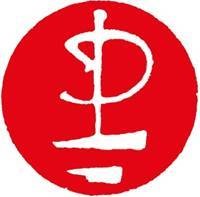 First ever release of Pink Floyd’s last live performance with David Gilmour, Nick Mason and Richard Wright together at the 2007 Syd Barrett Tribute Concert included on Blu-ray, DVD and 7” vinyl

Memorabilia including replica tour programmes, a lyric book and a 60-page photo book

First look at Wish You Were Here Live at Knebworth 1990: https://pinkfloyd.lnk.to/WYWH_live

On 29 November 2019, Pink Floyd Records will release ‘Pink Floyd The Later Years’, a 16-disc set (5xCDs, 6xBlu-Rays, 5xDVDs) covering the material created by David Gilmour, Nick Mason and Richard Wright from 1987 onwards. The period generated record sales of over 40 million worldwide and included three studio albums: ‘A Momentary Lapse Of Reason’, ‘The Division Bell’ and ‘The Endless River’ as well as two live albums: ‘Delicate Sound Of Thunder’ and ‘Pulse’. With additional production from David Gilmour and Andy Jackson, over 13 hours of unreleased audio and audiovisual material, including the sought-after 1989 Venice and 1990 Knebworth concerts, ‘Pink Floyd The Later Years’ is a must for all fans.

A multi-media, deluxe box set, ‘Pink Floyd The Later Years’ presents an expanded view of the Pink Floyd story from 1987 to the present and kicks off with ‘A Momentary Lapse Of Reason’, the album that confirmed Pink Floyd as one of the world’s biggest artists.

The album, presented for the first time in 5.1, has been remixed and updated by David Gilmour and Andy Jackson. The release of The Later Years project gives an opportunity for a fresh overview of the ‘A Momentary Lapse Of Reason’ album. By returning to some of Richard Wright’s keyboard parts and recording new drum tracks with Nick Mason, producers David Gilmour and Bob Ezrin have restored the creative balance between the three Pink Floyd members.

Throughout 1987 and 1988 the band’s live shows became the largest-grossing concert tour ever to that date and produced the critically acclaimed, Grammy Award nominated, ‘Delicate Sound Of Thunder’. Filmed at the Nassau Coliseum in New York State, the concert shows the band on the top of their form. The concert has been fully re-edited and upgraded from the original 35mm film negatives by Aubrey ‘Po’ Powell and Benny Trickett and the sound remixed to 5.1. It also includes Terminal Frost and Welcome To The Machine, two tracks that were not included on the original concert film release. For the first time the concert is available in 5.1 on Blu-ray and DVD.

Two of the most sought-after additions to ‘Pink Floyd The Later Years’ are the 1989 Venice Concert, performed on a floating stage in front of St Mark’s Square, and the 1990 Silver Clef Winners performance at Knebworth. Both concerts, previously unreleased, are now available on both DVD and Blu-ray (145mins). The momentous Knebworth concert saw Pink Floyd topping the all-star bill (that included Paul McCartney, Dire Straits, Genesis, Phil Collins, Eric Clapton and Tears For Fears), in aid of the Nordoff Robbins charity, profits from which went towards setting up the BRIT School. David Gilmour and Andy Jackson have remixed the audio from this iconic concert and all 7 tracks performed on the day (with guest musicians including sax player Candy Dulfer, the original The Great Gig In The Sky vocalist Clare Torry, keyboard player Michael Kamen and Sam Brown with her mother, Vicki, on vocals), are released here as well as for the first time ever on CD.

1994’s album ‘The Division Bell’ sold over 12 million copies, having debuted at No 1 in the UK, the USA, Australia and New Zealand. It stayed at the top of the US charts for 4 weeks, and also went to No 1 in six other countries. The resulting tour was captured and recorded for the concert release ‘Pulse’. This release contains the entire ‘Pulse’ live concert film, re-edited and upgraded from the original masters, from the groundbreaking Earl’s Court gigs, and available for the first time on Blu-ray. Also uncovered for the first time is footage of the band in rehearsals on 20 October 1994 performing A Great Day For Freedom and Lost For Words.

In 2014, Pink Floyd released ‘The Endless River’, comprising mostly instrumental and ambient music based on material recorded during ‘The Division Bell’ sessions. Featuring David Gilmour, Nick Mason and Richard Wright, additional material was recorded in 2013 and 2014, with one song, Louder than Words, with lyrics by author & novelist Polly Samson (the primary lyricist for ‘The Division Bell’ album).  ‘The Endless River’ became the most pre-ordered album of all time on Amazon UK and debuted at number one in several countries. The vinyl edition was the fastest-selling UK vinyl release since 1997. Included here for the first time is the never previously seen specially commissioned full 52-minute ‘The Endless River’ film by Ian Emes, famed for his work with Pink Floyd, including his animations for One Of These Days, Speak To Me, Time and On the Run.

Rounding off the package are hours of unreleased bonus materials including music videos, documentary footage, bonus live tracks, upgraded tour screen films and documentaries. It includes the first ever release, on Blu-ray, DVD and 7” vinyl, of the last live performance of Pink Floyd with David Gilmour, Nick Mason and Richard Wright together in 2007. This special performance of Arnold Layne took place at the Syd Barrett Tribute Concert at The Barbican on 10 May 2007. The full set boasts previously unreleased or remixed audio, plus restored, remastered and re-edited audio-visuals including unreleased concert footage and promo clips.

With the help of Nick Mason and the Pink Floyd archive, the box set comes with reproductions of tour artwork, posters, programmes, tour laminates, lyric book and much more including two 7” vinyl singles, (the live version of Arnold Layne performed at the Syd Barrett Tribute Concert in 2007 and Lost For Words from the ‘Pulse’ tour rehearsals at Earl’s Court), in new picture sleeves and etched image B-sides. Also included is a brand new 60-page hardback book of photos, designed by Aubrey Powell of Hipgnosis and Peter Curzon of StormStudios, including many previously unseen images.

The 5 CDs are encased in their own 40-page hardback book with an extensive guide to all content, tracklists and credits.

There will also be a 2-LP / 1-CD ‘Highlights’ package. It comes in a gatefold sleeve (for both 1-CD and 2-LP), and each will contain a 24-page booklet containing previously unseen and rare photos.

‘Pink Floyd The Later Years’ will be released on November 29th and is available to pre-order here:

5 x CDs, contained in their own 40-page, hardback book, containing a guide to all content, tracklistings, exhaustive content detail and credits.

6 x Blu-rays, each contained in a gatefold wallet with dedicated cover art, including tracklistings and music publishing credits. Discs contained in protective plastic sleeves inside wallet.

5 x DVDs (duplicating the content of Blu-rays 2-6 above), each contained in a gatefold wallet with dedicated cover art, including tracklistings and music publishing credits.

60-page hard backed book of photos designed by Aubrey Powell of Hipgnosis and Peter Curzon of StormStudios, including many previously unseen images.

A collection of reproduction memorabilia including tour passes, stickers and posters, all printed to replicate the originals, and contained in a prestige card envelope.