PARSON JAMES UNVEILS EMOTIONAL VIDEO FOR “ONLY YOU” 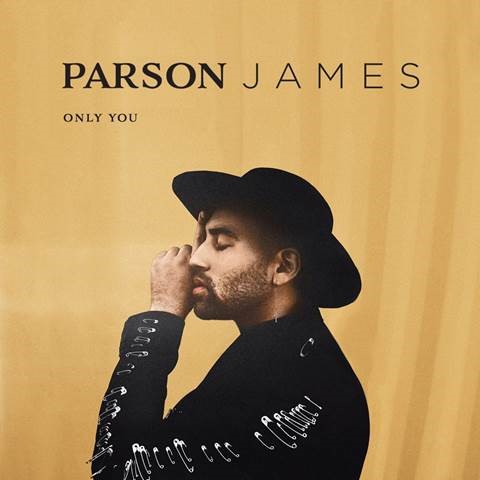 “Parson James Champions Queer Romance In “Only You” – PAPER

“Parsons James is out in full force.” – NYLON

“’Only You’ is a vulnerable cut that sees him laying down his soul-drenched vocals across a much more organic and instrumental, bluesy piano-driven production.” – Billboard Magazine

Today, Parson James returns with his captivating official video to his emotionally charged breakup ballad and current single, “Only You.” The video premiered via PAPER Magazine, was directed by Dano Cerny (The Chainsmokers, Bishop Briggs), and features Kupono Aweau (who toured with Madonna on her Rebel Hearts tour) and transfemme musician/actress/designer/model Neon. The video was choreographed by Lindsay Blafarb of Lindsay and Craig fame.

Watch the moving video for “Only You” HERE.

Elaborating on the casting for the video, Parson explains “I was adamant about including a trans character because as a fierce advocate for the community, I often find it rare to see their stories portrayed in narratives that are as common, simple and familiar as this one. I am humbled, moved and so proud to be able to share this story visually in this way, with this cast.”

On the backstory behind the video’s concept he continues. “This song is so close to me, so it was important that visually it was represented in a way that felt exactly like the sentiment. I was in a toxic relationship that I felt bound by. There was most definitely love and passion but at a certain point it became completely co-dependent and the comfort was the most toxic part of it.” Parson explains. “I came to Dano and told him I wanted to act as sort of a ghost in this situation that was dwindling and that the ultimate sentiment should be one of finding the strength to leave something so familiar, in order to find yourself or that piece of you that has been stunted in growth.”

In talking about the choreography, Parson concludes: “we made sure that the movements were small and intricate and represented co-dependency—leaning on someone to stay up, being bound to someone or to a situation because it’s easy.”

“Only You” is the first taste of what’s to come from Parson in 2018, since the release of his sizzling summer banger, “If You’re Hearing This,” which was produced by Anthony Maniscalco (Hook N Sling) and Steven Solomon, and in collaboration with Betty Who. Watch the visual HERE.

Last Fall, the LBGTQ artist and activist Parson James debuted SugarCube, a uniquely immersive events program which launched November 29 at PUBLIC ARTS, the basement club of Ian Schrager’s new downtown hotel, PUBLIC. Scheduled to officially launch later this year, SugarCube will be a uniquely immersive night of fun featuring a sneak peak of his soon-to-be-released album. Parson will bring with him a slew of talented friends for a night of pop-fueled gaiety and night-long naughtiness. The series will include a constantly evolving array of performers and experiences that reflect the diversity of NYC.

With more and more queer performance spaces and parties moving to Brooklyn, Parson felt compelled to host a night in the city that would celebrate the LGBTQ community. Parson’s vision was to recreate some of that Studio 54 magic and tells New Yorkers to prepare for pop overload:  “the party will be taking place at PUBLIC, founded by Studio 54’s Ian Schrager, the perfect venue for the series. In the current climate… the temperature for my LGBTQ family is frosty… and I’m not talking about the weather. I want to provide a safe, fun and frivolous environment to give a little sweetness back to our community.” Visit sugarcubeparty.com for more information.

2016 was a breakout year for Parson James, following the release of his debut THE TEMPLE EP, which entered the Top 10 of the official iTunes pop charts in the U.S. Touted as an Artist to Watch by Spotify, based on their listeners’ streaming habits and the official Viral Charts. He made his late night television debut on NBC’s Late Night with Seth Meyers, performing the EP’s title track, “Temple” alongside the LGBT Lavender Light Choir. James also made his morning show debut, appearing on NBC’s Today Show, performing a stirring rendition of his infectious single, “Sad Song” for hosts Kathie Lee and Hoda, as Elvis Duran’s Artist of the Month. Click HERE to watch.

Stay tuned for a sneak peek of Parson’s debut album slated for release later this year.