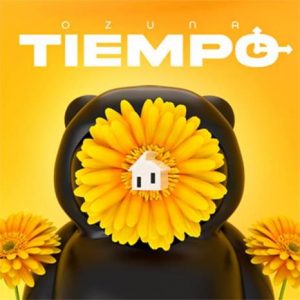 MIAMI (May 6, 2021) – Global Latin music superstar and two-time Latin GRAMMY® winner Ozuna returns with the release of brand new single “Tiempo” (Time) with accompanying video. The audio is available now from all digital-music outlets here, and the music video can be enjoyed on his YouTube channel.

After recently being honored with the “Extraordinary Evolution” award at the sixth edition of the Latin American Music Awards, Ozuna is back in creative bloom with a new single and a refreshing cover art concept that metaphorically integrates yellow daisy flowers.

A romantic reggaeton, “Tiempo” is written by Ozuna and the song’s producer, Latin GRAMMY®-winner Sky Rompiendo. Overflowing with vibe and atmosphere, “Tiempo” is a timeless song that people from all walks of life can identify with.

Directed by Fernando Lugo, its music video builds on the yellow flower imagery, taking Ozuna through fields of snow, to underwater and unveiling his new look.

This year is shaping up to be another fruitful one for Ozuna with new music, awards, and performances. He was recently named BMI’s Contemporary Latin Songwriter of the Year, for the second time.

Additionally, Spectrum Mobile™ will present an exclusive virtual concert with Ozuna this Friday, May 7 at 8 p.m. ET, which will premiere and available for 48 hours on Ozuna’s YouTube channel. Enter HERE to subscribe to his channel.

About Ozuna:
The multi-award-winning Puerto Rican singer and songwriter OZUNA is one of Latin music’s most iconic and listened-to artists around the world. Since launching his career in 2015, Ozuna has won countless accolades, including making Time Magazine’s Most Influential People list (2019), and winning BMI’s Contemporary Latin Songwriter of the Year (2019, 2021) and Contemporary Latin Song of the Year “Taki Taki” (2020). He also holds four Guinness World Records for his record-breaking musical accomplishments.

Ozuna continued breaking barriers and making history throughout 2020. He was one of the 10 most-streamed male artists – in any genre – on Spotify, as well as one of the top 10 worldwide artists on YouTube. Billboard named “Caramelo Remix” among its 25 best Latin songs of the year and one of the 100 best overall songs. He won his first two Latin GRAMMYs® in November. In September, ENOC became his fourth consecutive album to debut at #1 on the Billboard Top Latin Albums chart. He was the most-nominated artist at the Billboard Latin Music Awards, and tied for the top winner at Premios Tu Música Urbano. In February, he was awarded the Silver and Gold Seagull awards at the prestigious Viña del Mar International Song Festival in Chile.

He charged into 2021 as one of the most-nominated artists at the Premio Lo Nuestro, while releasing the collaborative album Los Dioses with his friend and colleague Anuel AA, which debuted at No. 1 on Billboard’s Top Latin Albums chart. Ozuna also recently won BMI’s Contemporary Latin Songwriter, for the second time, and was honored with the Extraordinary Evolution award at the sixth edition of the Latin American Music Awards.