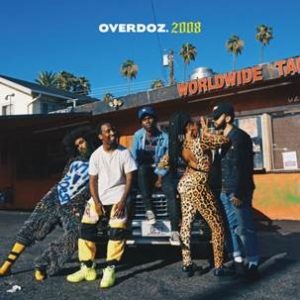 About OverDoz.
OverDoz. is comprised of Kent, Cream, P, and Joon, who became close childhood friends at the age of six, officially forming as a group in 2008. The crew has released four well-received mixtapes including 2013’s Boom. In addition, OverDoz. has performed at SXSW Festival and the Lollapalooza Music Festival as well as opened for many artists including Erykah Badu, Childish Gambino and A$AP Ferg, among others.

With outlets like Stereogum exclaiming “These guys bubble with the same effervescence that made Odd Future so appealing” and VIBE proclaiming the group “[extends] the vibes that OutKast and N.E.R.D. gifted hip-hop with…” OverDoz. is bound to make their mark in this year with the release of 2008.