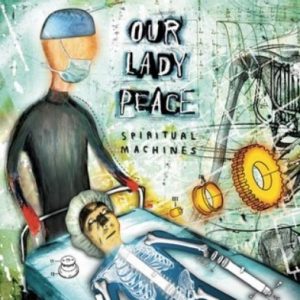 Originally released in December 2000, Spiritual Machines features many fan-favourite singles, including “In Repair”, “Life” and “Right Behind You (Mafia)”. These singles went on to become major Canadian rock radio hits, helping the album sell more than 200,000 copies in Canada alone. The animated video for “In Repair” won Best Video, Best Post-Production and Best Director at the 2001 Much Music Video Awards.

As the band’s fourth studio release, Spiritual Machines is a conceptual interpretation of non-fiction book written by futurist/inventor Raymond Kurzweil, The Age of Spiritual Machines. Kurzweil is featured throughout the album in spoken word vignettes in which he prophesizes the impact of artificial intelligence on the future of humankind.