Olly Murs Is Back! New Album ‘You Know I Know’ November 9th 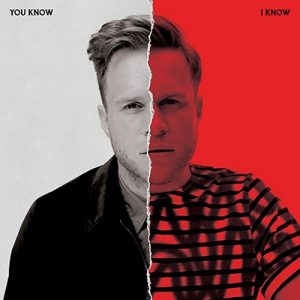 Following the release of his swaggering new single ‘Moves’ featuring Snoop Dogg, Olly Murs returns with his dazzling new album ‘You Know I Know’, out November 9th on RCA Records.

‘You Know I Know’ is a landmark release for Olly Murs who celebrates a decade at the top with this, his sixth album, two discs that feature a brand new album and a sparkling hits collection of songs everyone knows. “And the other album is songs only I know,” Olly says. “For now.”

Highlights include the glorious ‘Love Me Again’, ‘Feel The Same’ featuring Nile Rodgers on guitar, and the title track featuring Shaggy. Once again Olly has worked closely with Steve Mac, Steve Robson and Wayne Hector.

‘You Know, I Know’ is the follow up to ‘24HRS’ which Olly toured last year selling over 600,000 tickets across 24 sold out UK dates. Olly embarks on a 16 date UK arena tour next May including two shows at London The O2 May 16th and 17th.

Now firmly established in his red chair as a judge on The Voice, Olly has five multi-platinum albums under his belt, 4 #1 UK albums, 4# UK singles and 6 #1 airplay tracks. He has over 17.5m followers across his socials and without doubt is the X Factor’s most successful male artist ever.

Full tracklisting for ‘You Know I Know Know’ below: