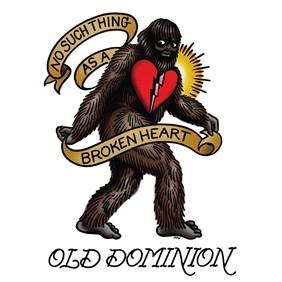 “In addition to being a group of ace songsmiths, Old Dominion are also one of the most fun bands working the country circuit — and they let it show in their colorful new music video for “No Such Thing as a Broken Heart….the charming ditty is the first taste of the band’s anticipated second LP”– ENTERTAINMENT WEEKLY

Acclaimed country band Old Dominion debuts the music video for their new single “No Such Thing As A Broken Heart” today via Entertainment Weekly. Click here to view! The single will be featured on the band’s forthcoming sophomore album, set to debut later this summer and is quickly rising on the Country Music Airplay Charts. Old Dominion also recently performed the track at Academy of Country Music Awards and it became the #1 Shazamed song of the night in the U.S. Lead singer Matthew Ramsey says of the single, “We love feel-good songs. Sometimes you just want to put on something that makes you smile. It’s a big part of who we are, but we definitely wanted to show that we were capable of writing more than just fun, party tunes. We think we have the potential to be around for a long time. To stick around you have to have meaningful songs.” Proving that they are not your average country band, Old Dominion blends old-fashioned country charm, lyrical wit and rock n’ roll grit into radio-friendly, hook-heavy pop nuggets. The band has emerged as one of the hottest breaking bands in country music, fusing clever lyrics and an infectious sound. The band released their first full length album Meat and Candy, which was recently named RIAA-certified GOLD and called a “deceptively smart, occasionally cheeky, stellar debut,” by Entertainment Weekly. The debut album produced their PLATINUM tracks “Break Up With Him” and “Snapback.”  The tracks were both the #1 country song of the year in 2016 in Canada: “Break Up With Him” on the BDS chart and “Snapback” on the Mediabase chart. Their single “Song For Another Time” also hit No. 1 the on U.S. Billboard Country Airplay and Mediabase charts. In 2016, the band was notably named ACM New Group of the Year, ACCA Breakthrough Group of the Year, AIMP Songwriter Artist of the Year and Music Row Breakthrough Artist of the Year. Old Dominion consists of lead singer Matthew Ramsey, lead guitarist Brad Tursi, multi-instrumentalist Trevor Rosen, bassist Geoff Sprung and drummer Whit Sellers. 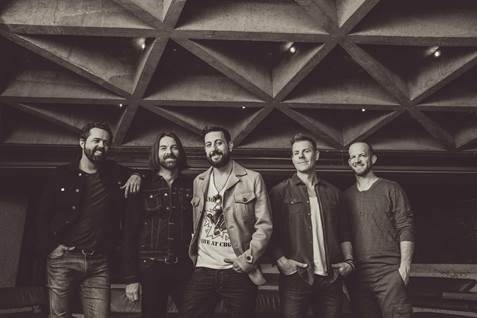