NOTHING BUT THIEVES RETURN WITH THEIR HIGHLY ANTICIPATED SECOND ALBUM, EPIC NEW SINGLE AND A HANDFUL OF UNDERPLAY SHOWS IN THE UK 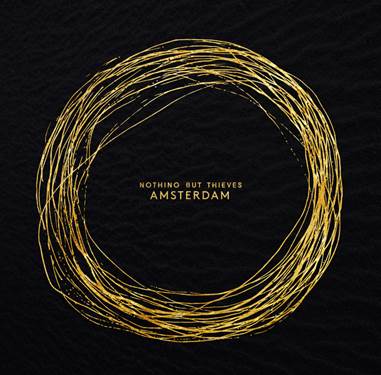 Following the success of their almighty debut, Southend’s Nothing But Thieves return with their second album, “Broken Machine”, due for release on September 8th via RCA.   Produced by Mike Crossey (The 1975, Foals, Arctic Monkeys and Twenty One Pilots to name a few) and recorded at Ranch Studios in California. The first single entitled ‘Amsterdam’, which marks their stunning return, is a huge soaring rock anthem.  The track was Mista Jam’s ‘Hottest Record’on Radio 1 this week.  The band add “It was inspired by our love of direct, guttural choruses. It’s like Conor is spitting the words in your face. It’s visceral and has momentum but also this beautiful moment in the middle which feels like a break in a sea storm. We didn’t have all the pieces before going in to the studio and this was one of the tracks that really came alive during the recording progress. It pretty much demanded to be our first song back”. To say Nothing But Thieves have been on an epic journey the past 18 months is an understatement.  Their debut self-titled album has sold over 250k and streamed over 174 Million tracks globally to date.  These five lads from Southend have gone from playing to a handful of friends in Essex to sold out shows across the country, Muse tours, festival headlines in Europe and in the US and even South Korea (where they played to over 20,000 people) all of which have gained them a rabid fanbase that follow their every move.  The band spent a big chunk of 2016 in North America playing shows and performing on everything from Conan O’Brien, James Corden,  to Jimmy Kimmel, their album became the bestselling debut from a UK rock band in the US that year. Major UK shows and festival dates to be announced shortly, in the meantime they will play some small underplay shows in May, dates below.

Support on tour comes from Airways and Cortes @AirwaysOfficial It’s safe to say Nothing But Thieves are poised yet again on the cusp of another hugely successful album and ready to establish themselves as one of the most important young bands to emerge from the UK.