TO PERFORM NEW SINGLE FOR THE FIRST TIME AT THE 2017 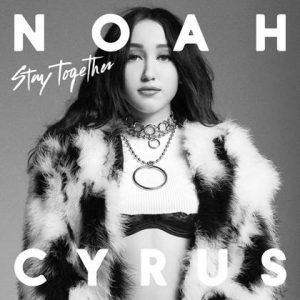 “’Stay Together’ won’t get out of our heads.” – The FADER

Toronto, ON –  MAY 5, 2017 – Noah Cyrus’ video for “Stay Together” premieres today on The Fader. This is the second single from her anticipated forthcoming album NC-17, due this Fall on RECORDS.

Directed by Chris Sims, the feel-good video matches the sunny mood of the track, and features Cyrus enjoying a care free day/night with her friends, joyriding in a most spectacular vintage Cadillac.

The newest track was deemed a “laid back party anthem” by Entertainment Weekly while NYLON called it a “warm and cheery anthem of the summer.” Idolator has already crowned it a “song of summer contender.”

Cyrus will perform “Stay Together” for the first time on television, at the 2017 “MTV Movie and TV Awards” live from Los Angeles, this Sunday, May 7.