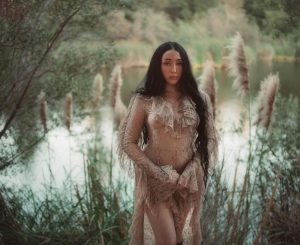 ‘I JUST WANT A LOVER’

“The hardest part about listening to Noah Cyrus’ The Hardest Part is turning the album off.” – American Songwriter
⭐️⭐️⭐️⭐️

GRAMMY® Award nominated, multi-platinum selling RECORDS/Columbia Records artist Noah Cyrus has released her highly anticipated and critically acclaimed debut album The Hardest Part today. Already, Cyrus has accumulated an impressive 3 BILLION combined streams to date, with songs from The Hardest Part already amassing more than 40 MILLION combined streams and counting. In a whirlwind of loss, heartbreak, and chaos, Noah Cyrus grabbed the reins, took control of her life, and has been able to finally tell her story like never before. Today, the Nashville-born musician, singer and songwriter uncovers the kind of strength you only find from within and has shared it with the world through this heartfelt and deeply personal body of work that is both timeless as much as it is of the now. “These songs all mean so much to me—they’re straight from my heart, my brain, and my body,” Cyrus states. “Every song is important to the story, and for the first time I’m revealing my complete and honest truth.” Described as “a compact yet emotionally resonant collection of Laurel Canyon-recalling pop” by Rolling Stone, which gave the album 4/5 stars, The Hardest Part is available everywhere now via RECORDS/Columbia Records. Listen HERE.

It’s been six years since 22-year-old Cyrus first emerged on the scene, but as her music career continued to ascend, her well-being began to spiral. By the end of 2020, she had reached a crossroads. “I had a death wish,” she admits. “Soon after I started having all this music success I was introduced to downers, which gradually took over my life the next couple of years.  By 2020 I was at my lowest low—I was suicidal and in an unhealthy co-dependent relationship.  I was choosing drugs over my family, my friendships, myself—everything.  And when the pandemic hit it gave me an excuse to further isolate myself.  Anxiety and depression fully consumed me. I finally had a moment of clarity after I lost my grandmother. When she died, I wanted to be there for my mom, but was so emotionally and physically gone.  I felt an enormous amount of guilt and the whole situation made me re-assess a lot of my decisions the past few years.  Around the same time, I got out of my toxic relationship and weighed out my options—life or death. I wanted to find purpose and hope. So, I chose life.  I called everyone I needed to and asked for help. I did the work to get off the pills. December 15, 2022 will be my 2nd year anniversary [of sobriety], and I’m experiencing happiness and joy for the first time since I was a little kid.”

While she worked on herself, Noah also worked on the future. She welcomed a new team behind-the-scenes, wrote a slew of songs and hit the studio with producer Mike Crossey [Arctic Monkeys, Ben Howard, The 1975]. Guiding the vision, she dramatically expanded the sonic palette and oversaw arrangements, emphasizing the incorporation of instruments such as pedal steel and slide guitar. “Creating the arrangements was the most fulfilling part of this record,” she goes on. “Mike and I were so driven and fully engulfed in the music.  It was seamless—our brains connected into one.  I found a safe place to make music with people I love and trust. The process was really healing for me.”

On songs such as the heartbreaking piano waltz of “My Side of the Bed,” Noah confronts “the constant anxiety and insecurity of the people I care about most in my life leaving.” “Every Beginning Ends,” a duet with Benjamin Gibbard of Death Cab for Cutie, was recorded in Seattle at Ben’s studio, and their call-and-response details the demise of a tired romance. “That was such a surreal experience,” she smiles. “I’ve always been such a huge fan, so it was pretty daunting to get in the room with him, but once we got to work it all came very naturally.  We talked about past relationships, failed relationships, our parents’ relationships, and relationships that have lasted forever. He told me his dad has a saying: ‘you have to wake up and choose to love someone every day,’ and it sparked this conversational song about the twilight of a relationship and the reluctance to admit that something has run its course.”

On “Loretta’s Song,” she delivers a touching and tearful tribute to her late grandmother over faint acoustic guitar and pedal steel before a heavenly crescendo uplifted by violin and divine harmonies. “My grandma’s life purpose was to live for and love Jesus,” she says. “She was the cutest, funniest little southern woman you’ve ever met.  It gave me a lot of peace and comfort to know she felt safe leaving for a better place.  I wrote “Loretta’s Song” to try and offer my mom some of that reassurance while she was grieving.”

In the end, she made it through The Hardest Part and found Noah Cyrus. “I’m starting to get comfortable with who I am,” she leaves off. “I’m excited to be learning and growing; I’m practicing loving and nurturing myself. The Hardest Part has been a long time coming, and I needed to pour everything I had into it. Making this album was one of the happiest times of my entire life, and in a lot of ways saved it.  I’m really hopeful for this next chapter.”

On October 4, Noah and her band will be embarking on her North American headlining tour starting in Phoenix, AZ and making 23-stops in total. Noah is also confirmed to perform at this year’s Austin City Limits Festival. For more information go to: www.noahcyrus.com 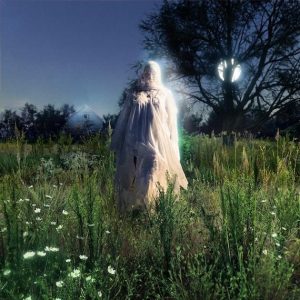 About Noah Cyrus
Emerging in 2016 at the age of 16, Noah Cyrus immediately captivated audiences with her unique blend of pop and soulful southern vocals. Her undeniable songwriting skills were truly showcased in 2020’s The End of Everything EP which yielded the triple-platinum “July” and RIAA certified GOLD release “Lonely.” In between earning a GRAMMY® Award nod in the category of “Best New Artist,” she teamed up with PJ Harding for the People Don’t Change EP in 2021.  NME rated “4-out-of-5 stars” and predicted, “it’s not hard to imagine her becoming a household name in her own right.” Along the way, she performed at Coachella twice, while Billboard named her among its “21 Under 21” for three straight years. She also shined on The Late Late Show with James Corden, The Tonight Show Starring Jimmy Fallon, Ellen, and The Today Show.