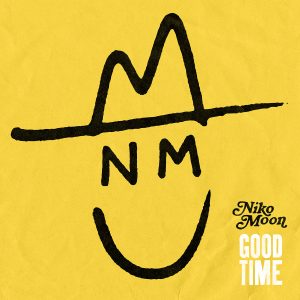 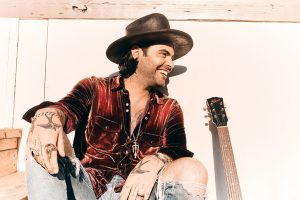 “Y’all, my debut album is OUT! I wanted to make an album for folks to play when they want to enjoy the good times in life,” said Moon. “GOOD TIME was made with my wife, Anna, and brotha, Josh Murty, and is truly from my family to y’all’s! GOOD TIMES ONLY!”

Already being touted as “full of positive vibes and set to be the soundtrack of the summer,” (Entertainment Focus), GOOD TIMEincludes the Platinum-certified title track, which topped the Billboard Country Airplay and Hot Country Songs chart simultaneously this year making it the first debut single to achieve this feat since 2014.

Fans can expect more of Moon’s trademark positivity and the “one-man party” (Billboard) to continue on his highly anticipated full-length project, as HITS lauds, “Moon has found the sweet spot for intriguing rhythms holding small-town values in a roots-music vat that expands modern country.” Accented by banjo forward, swaggy back beats and guitars that tang as much as twang GOOD TIME evokes an old school sort of country along with evident influence from Michael Franti, John Prine, the Eagles and Outkast through songs that simmer, stir and sizzle. Moon produced the project with close collaborator Joshua Murty.

ABOUT NIKO MOON: RCA Nashville breakthrough recording artist Niko Moon kicked off 2021 by topping multiple charts with his Platinum-selling debut single “GOOD TIME.” With more than 297 million on-demand streams, “GOOD TIME” helped catapult Moon to No. 1 on Billboard’s Emerging Artists chart and has been lauded as “a bottle-passin’ campfire daydream” (Tennessean ), solidifying the genre-defying entertainer’s reputation as “One of the most genuine and creative artists in country music right now” (THINK Country Music ). Born in Tyler, TX, Moon relocated to Douglasville, GA at age 10, equidistance from hip-hop hub Atlanta and country breeding ground Newnan, GA, inspiring his artful persona: a mix of hooky melodies, shrewd wordplay and edgy, electronic beats. With six songwriting No. 1 hits (Zac Brown Band’s “Loving You Easy,” “Homegrown,” “Beautiful Drug,” “Keep Me In Mind,” and “Heavy Is The Head”; Dierks Bentley’s “Gone”) plus co-pen credits on singles by Ashley Monroe, among others, Moon continues to turn heads and has been named an artist to watch by CMT, Amazon Music, MusicRow, Country Swag, and more. His debut album GOOD TIME is available now.