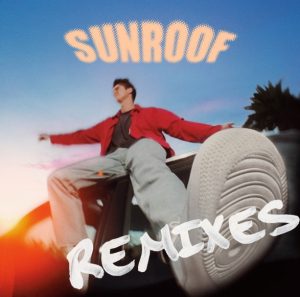 “Sunroof” has solidified itself as 2022’s ‘Song of the Summer.’ With over 7.5 million TikTok videos made to the sound, the track’s success has translated to other platforms as well. This week, “Sunroof” broke into the Top 10 on the Billboard Hot 100 (#9 on the chart dated August 13). The track has over 400M streams across all platforms and is #2 at Canadian Top 40 radio, #3 at Canadian Hot AC, and continues to climb the Main AC charts.

23-year-old Nicky Youre is putting smiles on fans’ faces one song at a time by harnessing the infectious energy of sticky melodies and relatable lyrics. Drawing inspiration from Dominic Fike, Tai Verdes, Jeremy Zucker, Alexander 23, blackbear and more, the indie pop, southern California native is sure to be a staple on people’s playlists thanks to the inherent feel-good vibes of his music. Now signed to Columbia Records in partnership with Thirty Knots Records, Youre has made quite the splash and is looking to leave his mark with more original music dropping later this year.

Stay tuned for much more to come from Nicky Youre!