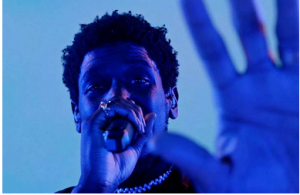 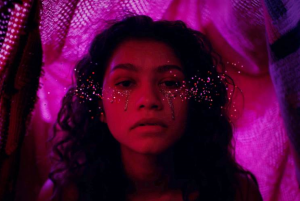 Toronto, ON (November 10, 2020) – Making its debut today is the official music video for multiplatinum-selling artist and producer LABRINTH’s “STILL DON’T KNOW MY NAME,” a fan-favorite track featured in the hugely popular HBO® original series Euphoria – watch here. Originally released last year as part of the show’s Original Score album via Milan Records, “Still Don’t Know My Name” has since amassed over 300 million streams worldwide and most recently became Certified Gold by the RIAA. The video is the latest in what has been a hugely successful album campaign, which upon its release last year saw unanimous critical acclaim and has since garnered Labrinth his first-ever win at the Emmy® Awards and second win at the Ivor Novello Awards.

Euphoria is an American adaptation of an Israeli show of the same name, and all episodes are written by Sam Levinson (Assassination Nation), who also serves as executive producer. The series is produced in partnership with A24 (Lady Bird, Random Acts of Flyness, 2 Dope Queens, Pod Save America) and includes executive producers Drake, Future the Prince, Ravi Nandan, Kevin Turen, Hadas Mozes Lichtenstein, Tmira Yardeni, Mirit Toovi, Yoram Mokadi and Gary Lennon. Ron Leshem and Daphna Levin, who created the Israeli series, are also executive producers.

Labrinth is a multiplatinum-selling singer, songwriter, producer, and composer of one of 2019’s biggest shows, HBO’s Euphoria. In addition to lending his singular, genre-blending sound to the series, Labrinth wrote and performed the show’s finale-capping song “All For Us,” featuring Zendaya. Labrinth has just received two Emmy nominations for his work on Euphoria: Outstanding Music Composition for a series (original dramatic score) and winning the award for Outstanding Original Music and Lyrics for “All For Us.” His score has also recently garnered an Ivor Novello award win for “Best Television Soundtrack.” The score soundtrack has so far generated over 600 million streams worldwide.

As a solo artist, Labrinth is best known for global hits including “Jealous,” which to date has garnered 380 million streams on Spotify alone. Labrinth is one third of supergroup LSD, alongside Sia and Diplo, whose titular debut album has garnered over 1 billion streams worldwide in the year since its release. He has collaborated with Beyoncé, co-writing and co-producing the Golden Globe and Grammy nominated song “Spirit,” the lead single in Disney’s 2019 live-action The Lion King. Other artists he has collaborated with include Nicki Minaj, Eminem, The Weeknd, Ed Sheeran, and Kanye West on the album Jesus is King. Labrinth’s most recent album Imagination & The Misfit Kid includes the singles “Miracle,” “Mount Everest” and the aforementioned “All For Us.” Labrinth’s newest single “No Ordinary” can be seen featured in the XBOX Series X TV campaign running now worldwide.