THE ACTS WILL HEAD OUT ON THE MIXTAPE TOUR
KICKING OFF MAY 2, 2019 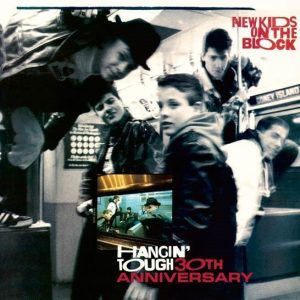 NKOTB’s career defining album Hangin’ Tough produced hits like “Please Don’t Go Girl,” which became the group’s first top ten single on the Billboard Hot 100 chart, “You Got It (The Right Stuff),” a global hit that reached number three on the charts, “I’ll Be Loving You (Forever),” which became the group’s first number one on the Billboard Hot 100, followed by the album’s title track which also went to number one, and “Cover Girl,” a fan favorite that hit number two on the charts.

Following the special 30th anniversary release of Hangin’ Tough, NKOTB is set to embark on their epic 2019 The MixTape Tour with very special guests Salt-N-Pepa, Naughty By Nature, Debbie Gibson and Tiffany. The group gave fans a preview of what to expect from the new, never released music when they dropped “80s Baby,” (http://smarturl.it/nkotb_80sbaby ) the first of the three new tracks, featuring all acts from the tour’s epic lineup. All new tracks will feature iconic NKOTB vocals with beats true to their instantly recognizable musical style written and produced by KayGee, Trampbaby, Illtown Sluggaz and Eric Hall.

Kicking off May 2nd in Cincinnati, OH and continuing through over 50 North American cities, the tour will also include stops in Boston, New York, Chicago, Atlanta, Dallas and LA’s famed Hollywood Bowl.  Tickets are available now on www.ticketmaster.com.