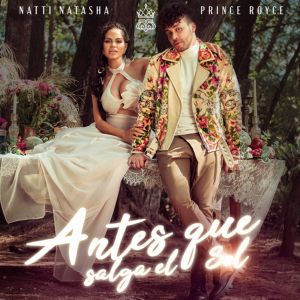 Natti Natasha is among the most nominated for

Miami, FL (January 15, 2021) – To bring in the new year, Natti Natasha unveils today a musical rebirth with her new single “Antes Que Salga El Sol” (“Before the Sun Rises”). Uniting two Dominican powerhouse voices under one flag, the track released by Pina Records/Sony Music Latin unites the most influential female and multi-platinum artist Natasha with multi-platinum superstar Prince Royce. The track composed by both artists, among other writers, represents a rebirth of sorts for the new year, where the beginning of a new path is represented by romanticism, personal growth and faith.

“Antes Que Salga El Sol” is a fresh, romantic track that encourages us to leave our past burdens behind, and embrace our future in a brand new light. Produced by DJ Luian, Mambo Kingz and Rafael Salcedo “Neneto”, the song expresses how although we are all unique in our own ways due to the roads we have chosen to travel, at the end we can all reunite on common ground, even for just a moment. “I wanted to kick off the year with a ‘down-tempo’, love song because it represents how I’m feeling now. I wanted to express love and positivity, and start the year with good and positive vibes,” said Natasha. “Working on this collaboration with Prince Royce has been a true honor. I met him when I was in New York looking for my first big break in music. I saw him as a young man achieving his dreams and, from that moment, he became an inspiration for me,” she concluded.

“Everything happened very spontaneously. We were shooting a video together, and that night they called me to head to the studio. I heard the song, and immediately starting writing my part, and recorded right then and there. The process has been magical, and working, once again, with my fellow Dominican Natti has been a true pleasure,” said Royce.

The official music video was filmed in Miami, FL and was directed by acclaimed director Carlos Perez for Elastic People. The video tells the story of love, and where temptation fuels the desire of a reunion. Natasha and Royce narrate the story of a couple whose connection is inevitable, and who must live in the moment vs. letting time slip away. Their journey is represented by beautiful imagery and abstract elements that represent a journey of emotions leading to their reunion, “before the sun rises”.

As the world continued to face an unprecedented global pandemic, during 2020 Natti Natasha managed to adapt to the new norm and showed no signs of stopping. Aside from her own releases that generated more than 213 millions of views on YouTube, Natasha continued to be the most sought-after female artist in the industry, joining multiple collaborations including “Honey Boo” (CNCO) and “Ayer Me Llamó Mi Ex (Remix) “(Khea, Prince Royce) and “DJ No Pare” (Justin Quiles, Farruko, Zion, Dalex, Lenny Tavárez). She also sent social media into a frenzy when she joined multi-platinum artist Bebe Rexha on the remix version of “Baby, I’m Jealous ft. Doja Cat”. Additionally, Natasha also extended her talents to film, and became executive producer of the YouTube Originals series BRAVAS, produced by Cinema Giants, with Jessy Terrero as director and executive producer. Additionally, the jewelry company Pandora chose Natasha as an ambassador for its 2021 “Beats of Pandora” campaign. 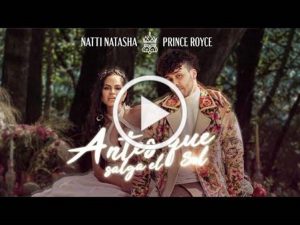