WHO IS NARDO WICK ?? DELUXE ALBUM 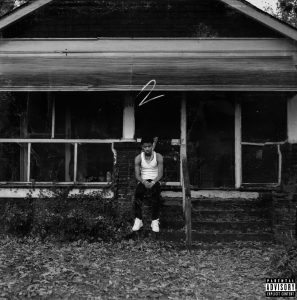 Today, breakout Jacksonville rapper and 2022 XXL Freshman inductee Nardo Wick drops Who Is Nardo Wick ??, the deluxe version of his highly-praised RIAA-certified Gold debut album Who Is Nardo Wick? via Flawless Entertainment/RCA Records – click here to listen. The deluxe includes features from major artists including The Kid LAROI, Latto, and Lakeyah. Prior to release, Nardo dropped the singles and visuals for “Krazy Krazy” (click here to watch) and “Riot” (click here to watch). Recently, Nardo finished his first-ever tour, Who Is Nardo Wick?: The Tour and was inducted into the 2022 XXL Freshman Class. Currently, Nardo is gearing up to hit the road again, this time as a guest on Lil Durk’s The 7220 Deluxe Tour kicking off September 17th.

Listen to Who Is Nardo Wick ??: https://nardowick.lnk.to/winw2

In a little over a year and a half, Nardo Wick exploded onto the rap scene and has begun to make a name for himself. His hit single “Who Want Smoke?” officially dropped at the start of 2021 and since then, has been RIAA-certified 1x Platinum in Canada and has over 30 million views on YouTube. Following up the rise of “Who Want Smoke?”, Nardo’s released a slew of successful tracks including “Shhh”, “Pull Up” and “I Be Chillin” before releasing the alternative version of “Who Want Smoke??” featuring Lil Durk, 21 Savage and G Herbo. The new version of Nardo’s hit single debuted at #17 on the Billboard Hot 100 chart and the video – currently at 138 million views and counting – trended on YouTube for weeks to follow and six months later is still sitting in the top 20 at #15. Ending the year on a high note, Nardo released his debut album Who Is Nardo Wick? in December 2021 and it landed in the top 20 (#19) on the Billboard 200 chart, making it the fifth largest debut of 2021.

Nardo Wick is the rapper up next and is continuing to elevate; he’s your favorite rapper’s rapper – getting nods and co-signs from major artists within the rap space – while honing in on his unique dark, energetic sound that is unforgettable.

Who Is Nardo Wick ?? Deluxe Tracklist:

Buy/Stream Who Is Nardo Wick ?? Deluxe: