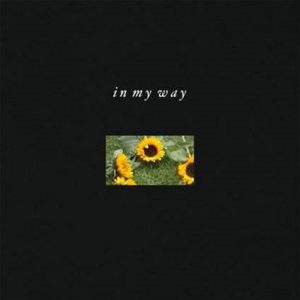 (September, 15, 2017 – Los Angeles, CA) —Today, Los Angeles-based trio MUNA release “In My Way” along with an accompanying self-made video by the band, which premiered on Noisey (Click HERE). “In My Way” is available now at all digital retail providers via RCA Records.

MUNA says about “In My Way”, “We wrote this song initially about a year ago just after we had finished mixing the record. It’s a decidedly more emotionally upbeat song than the rest of our repertoire. Lyrically, “In My Way” is a lighthearted song about how we see sex and love within the context of our generation’s largely newfound morality. The video was directed, shot, and edited in London and San Francisco by the three of us with a little bit of help from an old camcorder and some good friends. We wish for both this song and video to ultimately serve as a massive thanks to all of our fans—both new and old. To those who’ve been singing the words to this track with us at shows for months, and those who are just hearing the song for the first time right now…we’re glad you’re here. This one’s for you. We love you.”

MUNA is gearing up to hit the road on a sold-out world tour with Harry Styles. The tour will kick off on September 19th in San Francisco and will be stopping at a number of major cities across North America and overseas, including New York City, Chicago, Toronto, Paris, London and Stockholm. Additionally, the trio will be playing Austin City Limits Festival, Lost Lake Music Festival and headline shows are on sale now and can be purchased here. in Los Angeles, San Francisco (supported by Grace Mitchell and Huxlee) and London. Tickets for See full list of tour dates below.

Members of MUNA, Katie Gavin (lead vocals/production), Naomi McPherson (production/guitar/synths/vocals), and Josette Maskin (lead guitar/vocals), have written and self-produced all of their own music to date.  Last November, the band made their television debut performing “Loudspeaker” on The Tonight Show Starring Jimmy Fallon. This past February, they released their debut album About U and performed “I Know A Place” on Jimmy Kimmel Live! (Click HERE) following the album’s release. Additionally, MUNA has been featured on Noisey, Ladygunn, Nylon, V Magazine, in Flood Magazine, and more.  They performed at last year’s Lollapalooza, have previously toured with BØRNS, Miike Snow, Of Monsters and Men, St. Lucia, and Grouplove, and wrapped up their first-ever North American headlining tour in support of their album.

To Buy or Stream “In My Way”