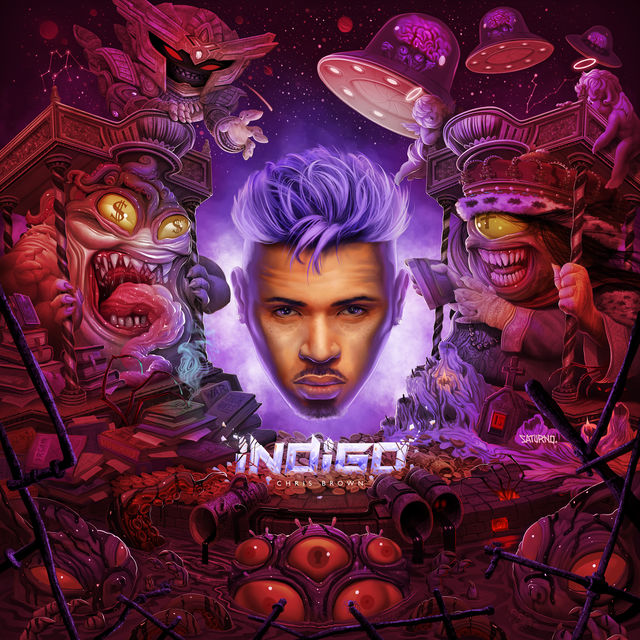 After coming out with a string of infectious singles this summer, such as the top 10 Billboard Hot 100 smash “No Guidance,” as well as “Heat,” Brown is keeping up the momentum with the release of his much buzzed-about INDIGO album. The project follows 2017’s Heartbreak On A Full Moon, which debuted at #1 on Billboard’s R&B/Hip-Hop Albums chart and is certified Platinum, in Canada.

Fans can also catch Brown perform his new album, as well as his classic hits on the epic INDIGOAT Tour alongside some of the hottest names in hip-hop, including Tory Lanez, Ty Dolla $ign, Joyner Lucas and Yella Beezy. Kicking off August 20th in Portland, OR, the extensive 38-city tour produced by Live Nation will make stops at major arenas across the country. Tickets can be purchased on LiveNation.com

The full track listing for INDIGO can be found below:

12 Girl Of My Dreams

Chris Brown, a consummate entertainer who has shifted the climate of R&B culture since his eponymous 2005 debut, has sold in excess of 30 million albums worldwide and has surpassed over 10 billion audio streams across digital outlets to date. Brown has won more than 125 awards including a Grammy Award for his album F.A.M.E. in 2011 and has amassed over 7.5 billion YouTube views – including over 40 music videos that each have more than 100 million views earning him the title of male artist with the most Vevo certified videos ever and ‘Diamond’ status from the streaming platform.

A chart topping force, Brown has made more Billboard Hot 100 entries since the start of his career than any contemporary male singer alive to date, spending 160 consecutive weeks charting on the Hot 100. His last album Heartbreak On A Full Moon has been streamed over 1 billion times on Spotify and has been certified 2X platinum in the U.S. The album spent more than a year on the Billboard Hot 200.