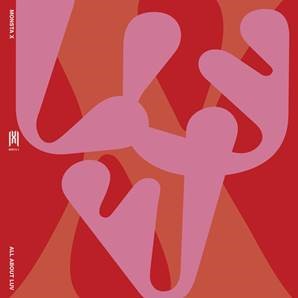 TAKE OVER THE SUNSET STRIP WITH ALL ABOUT LUV POP-UP AT THE ICONIC TOWER RECORDS & SOLD-OUT ROXY SHOW TODAY, BARNES & NOBLE AT THE GROVE TOMORROW, & FAN EVENT AT CHELSEA MUSIC HALL IN NEW YORK FEBRUARY 20

ALL ABOUT LUV merges sounds, styles, and cultures on one pop epic. Spanning emotional highs and lows, the album details heartbreak in “HAPPY WITHOUT ME” before getting cheeky on the catchy “GOT MY NUMBER.” Speaking to the group’s dynamics, “BESIDE U” [feat. Pitbull] remains a standout with global implications, bridging boundaries as it unites “Mr. Worldwide” and the Korean force of nature.

In order to celebrate the record’s arrival, the group launch a series of sold out events and immersive activations. Today, they take over the Sunset Strip. They will host an All About Luv pop-up at the iconic Tower Records on Sunset Boulevard (12pm-8pm) and personally appear for a meet-and-greet (4pm-5pm). The pop-up includes merch, CDs, and more. Then, they’ll head up the street to the world-famous Roxy in Hollywood for an album release event featuring a live performance and Q&A session.

Tomorrow, they host a sold-out in-store signing at Barnes & Noble at The Grove, which also promises to incite pandemonium. They bring this excitement to the East Coast next week with an album playback, Q&A, and live performance at Chelsea Music Hall in New York on February 20.

Entertaining fans everywhere, they take the stage at the TODAY Show on February 20. The next day February 21, they’ll perform on The Kelly Clarkson Show.

This summer, Monsta X kick off their biggest North American headline tour to date. Hitting arenas coast-to-coast, it begins June 2 in Minneapolis, MN at The Armory, rolls through major markets, and closes out at The Forum on July 11. Check out the full itinerary below. Get tickets HERE.

Monsta X consistently made history in the U.S. throughout this past year. With “WHO DO U LOVE?”, they became “only the second K-Pop group ever to enter the Top 40 Airplay Chart.” By way of an historic performance at Life Is Beautiful in Las Vegas, they emerged as “the first male K-Pop group to perform at a major music festival in the United States,” and stood out as the first K-pop group in history to hit the stage at iHeartRadio Music Festival the same day. Additionally, they made their United States television debut on Good Morning America, followed by electric performances on Jimmy Kimmel Live! and The Ellen DeGeneres Show and became the “first K-pop group to perform on the Teen Choice Awards.” Not to mention, Monsta X charted on the Billboard Social 50 for over a year, remaining one of the biggest social media bands in the world. They also sold out their U.S. arena tour—which culminated at fever pitch during a triumphant headliner at Staples Center in Los Angeles.