MØ releases the video for “When I Was Young” 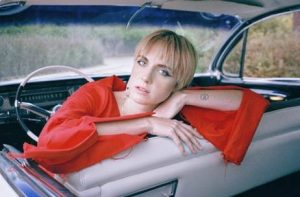 WHEN I WAS YOUNG VIDEO

Today Danish superstar MØ releases the video for When I Was Young, the lead single and title track from her surprise EP released last week. Directed by J.A.C.K. (Madonna, Christine and the Queens), the video features multiple MØ’s in a clip as dynamic and exuberant as the song it accompanies.

Watch When I Was Young: http://smarturl.it/WIWYv

Stream / download the When I Was Young EP: http://smarturl.it/WhenIWasYoungListen

“I’m so happy to present this video because it feels very true to the song and to who I am,” says MØ. “It was inspired by a painting called ‘The Dance Of Life’ by one of my favorite artists, Edvard Munch. It’s an illustration of three women—one in white, one in red and one in black—and tells a story about three stages of human life: youth, maturity, and old age. I was always drawn to this image as a kid due to its simple symbolism and emotion and have been dying to do a video that could reflect on it. Since When I Was Young is all about nostalgia and reflecting on life—especially the past, but also the now and the future—it just seemed like the perfect time to do it. J.A.C.K. came up with the idea of me playing all three women at the same time, dancing the dance of life, seduced, intrigued and fooled by each other, and they took this whole idea to levels I couldn’t even have dreamed of.”

PRAISE FOR MØ and When I Was Young

The When I Was Young six-track EP is MØ’s first multitrack project since her critically acclaimed debut No Mythologies to Follow, and comes after three years of producing individual hit singles, including ‘Lean On’, a collaboration with Major Lazer which is one of the most streamed tracks of all time. With billions of streams to her name; collaborations with the aforementioned Major Lazer as well as Justin Bieber, Cashmere Cat, Charli XCX and Snakehips under her belt; and songs that combined have spent more than six months in the UK charts, MØ is without doubt a musical force to be reckoned with.

MØ has played sold out shows and festivals worldwide. Now she is looking forward to showcasing When I Was Young in North America.  Tickets are on sale now; see momomoyouth.com for ticket info, as well as the full list of worldwide shows.