MØ DROPS A SURPRISE SIX-TRACK EP ‘WHEN I WAS YOUNG’ 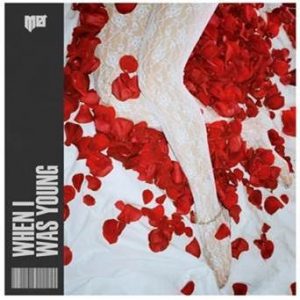 WHEN I WAS YOUNG EP

With billions of track streams to her name; collaborations with Major Lazer, Justin Bieber, Cashmere Cat, Charli XCX and Snakehips under her belt; and songs that combined have spent more than six months in the UK charts, MØ is without doubt a musical force to be reckoned with. Having earlier this week teased the release of a new song, she today drops a surprise six-track EP, led by title track and new single ‘When I Was Young’.

Stream / download the When I Was Young EP: http://smarturl.it/WhenIWasYoungListen

When I Was Young is MØ’s first multitrack project since her critically acclaimed debut No Mythologies to Follow and comes after three years of producing individual hit singles: “Making the EP has been such a nice flashback experience because I forgot about the little things; how you put the songs together, the lyrics, the song titles and the artwork,” she explains. “Just being in the bubble of that energy is so fucking awesome. It’s so amazing to be able to create a universe.”

The universe MØ has created in When I Was Young is both nostalgic and future facing. Over six tracks, she displays a diverse catalogue of sound: from the cabaret-esque, daringly exuberant lead single ‘When I Was Young’ to the vibrant dance-pop of ‘Linking With You,’ that will please fans of MØ’s collabs with Major Lazer, to the slow-burning, dynamic opener ‘Roots’ and elegantly melancholic ‘Turn My Heart To Stone’. “These years have been a learning process about what’s important, and that’s what this EP reflects,” MØ explains. “These songs were chosen instinctively, and by a gut feeling really, but they’re all about both looking back and forward.”

MØ has played sold out shows and festivals worldwide. Now she is looking forward to showcasing When I Was Young in her biggest UK & Ireland tour to date. Rescheduled for spring 2018, the tour includes a stop at the 5,000 capacity O2 Academy Brixton. Tickets are on sale now; see momomoyouth.com for ticket info, as well as the full list of worldwide shows.