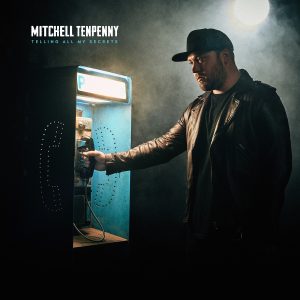 NASHVILLE, Tenn. – Nashville native Mitchell Tenpenny burst onto the scene earlier this year, as Billboard predicted, when his RIAA-certified Gold single, “Drunk Me” hit airwaves across the country. The breakthrough song has earned more than 77 million on-demand streams tracking 3 million a week, and has surpassed 500,000 units of downloads in the U.S. Now, the Riser House/Columbia Nashville artist is ready to formally introduce himself to fans with his debut album, Telling All My Secrets, available everywhere Friday, Dec. 14, 2018.

“The secret is out,” Tenpenny shared directly with fans yesterday. “So thankful to finally share what I’ve been working on with y’all.” The title track “Telling All My Secrets” is available now with pre-order HERE.

Growing up on Music Row under the watchful eye of his grandmother, industry veteran and first female CEO of Sony/ATV Music Publishing, Donna Hilley, Tenpenny is no stranger to the Music Row houses where he crafted his major label debut album. The soulful vocalist wrote 56 songs in preparation for the album narrowing it down to 11 strong tracks that tell his story including U.S. Top 15 single “Drunk Me,” (currently at #28 Mediabase Canada Country Airplay Chart) and fan favorite “Alcohol You Later” and exclusively to digital and vinyl the polarizing track “Bitches.”  The tracks were featured on Tenpenny’s self-titled EP, which has garnered more than 91 million on-demand audio and video streams.

“I’m proud of the success of a track like ‘Bitches.’ It is always a favorite at our shows but for a new listener I understand it could be a bit divisive. The song isn’t about girls or guys, it is about cheaters and liars and haters and bullies. I hate bullies and I hate people that pick on others.” says Tenpenny of the song. “Sometimes there is only one word for a certain emotion. In this case it was bitch. I’m excited to ‘share all my secrets’ on this album so fans get the full picture of what I’m about.”

Telling All My Secrets Track Listing with songwriters: 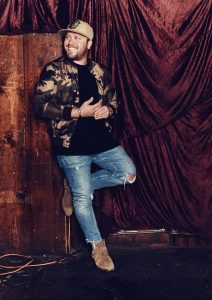 Mitchell Tenpenny is a rugged individualist who operates with confidence in the space between contradictory themes. He’s an authentic, fearless songwriter and performer penning hits and touring with Maren Morris, Jake Owen, Brett Young, Lynyrd Skynyrd, and Dustin Lynch among others. He has already been tapped as the opener on two major tours in 2019 with details coming soon. Multiplicity is also reflected in his diverse musical taste and soulful vocal delivery, which is gaining an ardent audience. His self-titled EP on Riser House/Columbia Records has garnered more than 91 million on-demand audio and video streams and the U.S. Top 15 single “Drunk Me” (currently at #28 Mediabase Canada Country Airplay Chart) has amassed more than 77 million on-demand streams at the astonishing rate of more than 3 million a week, securing “Drunk Me” as the highest-charting debut single on both U.S. Billboard and Mediabase country charts.