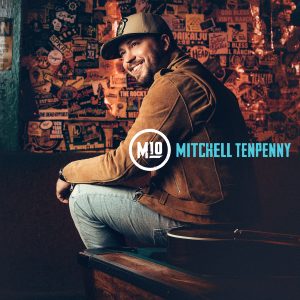 Nashville, TN – Singer/songwriter Mitchell Tenpenny has released his self-titled EP and debut single, “Drunk Me,” on Riser House/Columbia Nashville. The EP, which includes new and previously released music (track listing below), showcases Tenpenny’s rich, gritty, soul-infused music that is tethered in themes intrinsic to the South. Get the self-titled EP and 1st single HERE.

“Drunk Me,” is co-written by Mitchell Tenpenny, Jordan M. Schmidt and Justin Wilson. Currently on a national radio promotion tour in the U.S., Tenpenny was recently the opening act on Dustin Lynch’s Ride or Die Tour and has also performed with Jake Owen, Brett Young, Lynyrd Skynyrd and more.

A Nashville native with an industry pedigree (his grandmother was Donna Hilley, the esteemed, CEO of Sony/ATV Music Publishing), Tenpenny comes from fertile ground with musical influences as far-flung as Michael Jackson, John Mayer, the Oak Ridge Boys, and R. Kelly. He co-wrote the Top 5 hit, “If the Boot Fits,” for Granger Smith.

With a growing foothold in Nashville, Tenpenny (his given name and not a country version of Fifty Cent) is an industry insider/outlier. Someone who has a local’s appreciation of the origins of Nashville and a keen focus on what happens outside of Music City.

Tenpenny was the flagship artist for Riser House, which is a full-service label, artist management, and music publishing company founded by Matt Swanson, Jennifer Johnson and Mitchell Tenpenny. As the result of a new joint-venture, Sony Music Nashville and Riser House announced Tenpenny’s signing to Riser House/Columbia Nashville in January.