With Over TEN Million Streams and Climbing, the Latest Single from the Platinum, Chart-Topping Artist Impacts Country Radio on Nov. 18 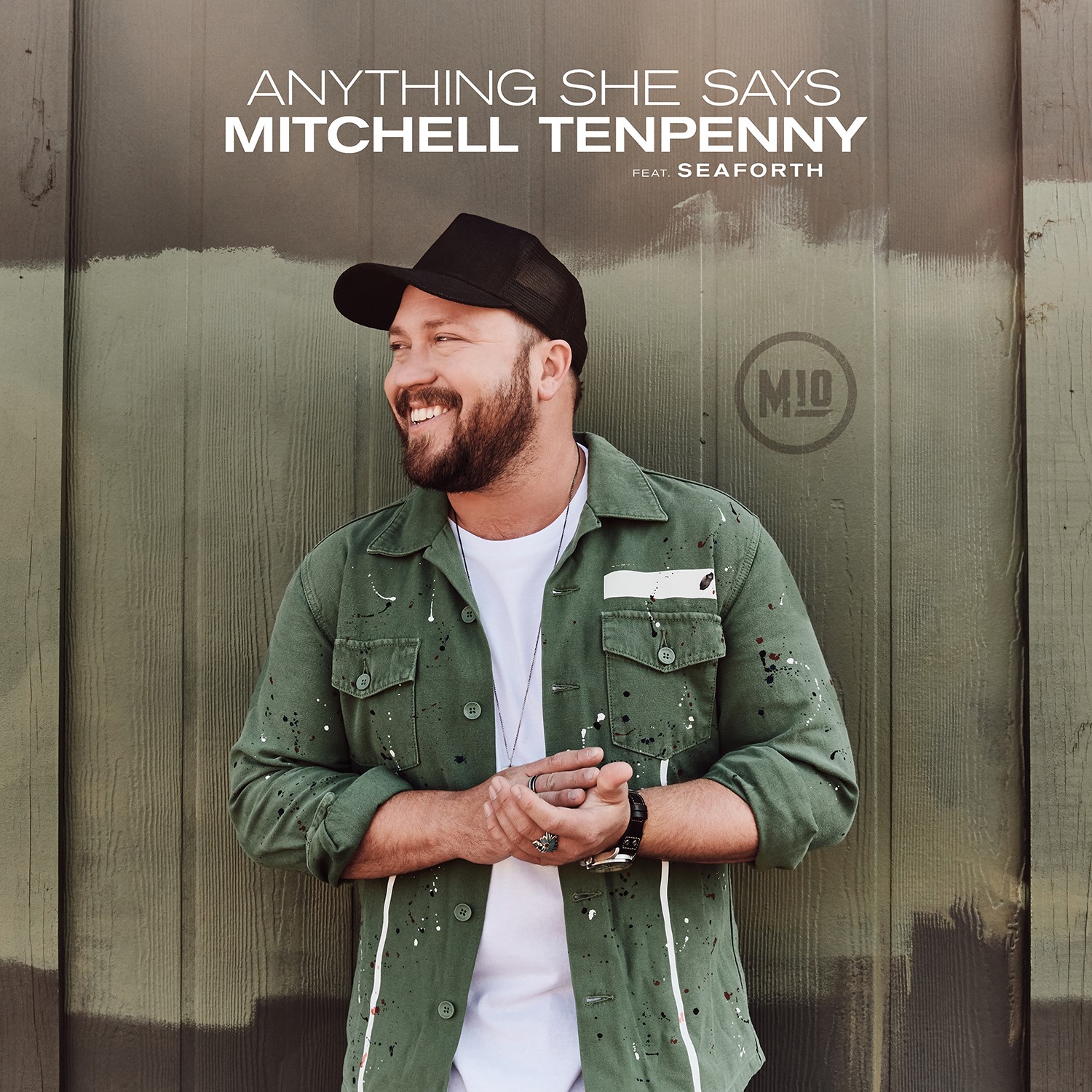 NASHVILLE, Tenn. – Riser House/Columbia Nashville chart-topping artist/songwriter Mitchell Tenpenny is putting his “fan first” philosophy to the test with the release of “Anything She Says,” which impacts country radio on Nov. 18.

With over TEN million streams and climbing, fans were an obvious factor in the decision to release the song to radio. The song was penned by Tenpenny and rising duo Seaforth (Tom Jordan, Mitch Thompson), Andy Albbert, and Jordan Schmidt. Stream or download here.

“Man, you have humbled me with your response to this song,” Mitchell said of his fans. “We have heard you loud and clear.”

Seaforth are featured on the track and have joined Tenpenny for his first headlining “Anything She Says Tour,” which included a sold-out stop in Nashville. On the opening night of the tour, the ACM and CMT Music Awards nominee was presented with an RIAA Double Platinum® certification plaque for his No. 1 U.S./No. 2 Canadian debut single “Drunk Me.”Dates continue this weekend in Athens, GA (10/25) and Lake Buena Vista, FL (10/27). Tickets are available now.

About Mitchell Tenpenny: Powerhouse vocalist Mitchell Tenpenny has fueled an undeniable breakout story with his Double Platinum-certified No. 1 hit, “Drunk Me,” from his debut album Telling All My Secrets (Riser House/Columbia Nashville). The 11-song project, released Dec. 14, earned him 2018’s best first-week showing for a major label country debut album. Tenpenny welcomed the release with performances on NBC’s “Today” and ABC’s “Jimmy Kimmel Live!,” while “Drunk Me” has been lauded by the New York Times as one of the best songs 2018, and was featured in multiple Amazon Music “Most Played” and “Best Of” year-end lists. The song, which Tenpenny co-wrote and co-produced, hit No. 1 on U.S. Nielsen’s Country On-demand Audio Stream chart, and has amassed more than 305 million streams since its release. Recently nominated for New Male Artist of the Year at the ACM Awards and Breakthrough Video for “Drunk Me” at the CMT Music Awards, Tenpenny was the only country up-and-comer included in Pandora’s 2019 Artists to Watch list; he was also dubbed one of MusicRow’s Next Big Thing honorees and The Tennessean ’s Next Nashville Stars for 2019. An authentic, fearless songwriter and performer, Tenpenny has toured with such stars as Luke Bryan, Old Dominion, Maren Morris, Jake Owen, Brett Young, Lynyrd Skynyrd, and Dustin Lynch. He is currently headlining his “Anything She Says Tour” featuring special guests Seaforth.

About Seaforth
Seaforth is childhood friends Tom Jordan and Mitch Thompson, who grew up together in the Sydney, Australia suburb from where they take their name. Predicted to be “a breakout duo of 2019” by Taste of Country, the multi-talented pair recently released their buzzed-about debut single “Love That” to country radio, as well as with their four-song Love That EP which they co-produced alongside award-winning producer Dann Huff. The 2019 MusicRow Discovery Artist of the Year nominees are steadily earning a name for themselves on the road with hitmakers including Kane Brown, Brett Young and more, and are actively recording their debut full-length album on RCA Nashville. Find out more at weareseaforth.com and follow Seaforth on Facebook, Twitter , and Instagram.