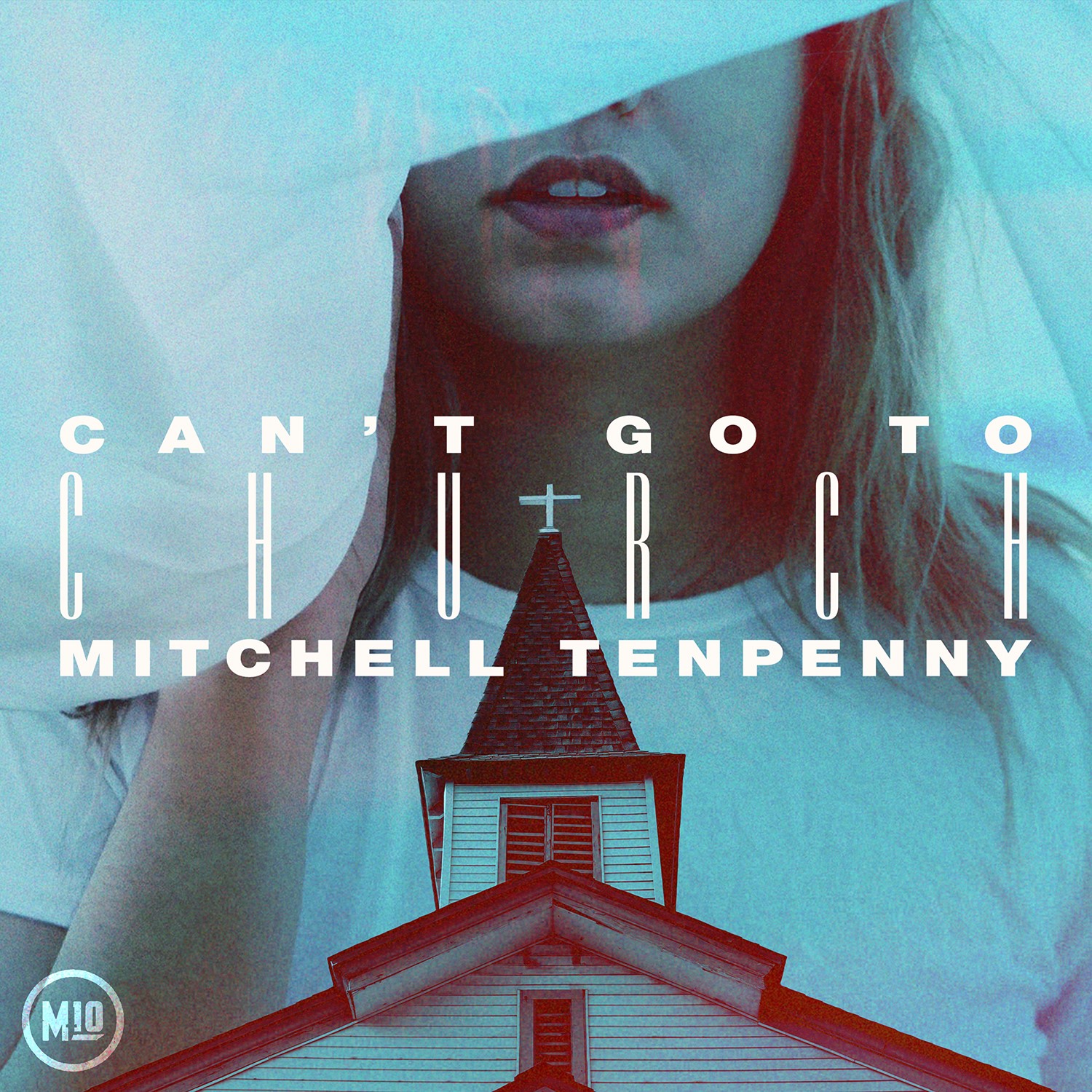 “I grew up in Nashville and went to a Christian school, David Lipscomb High School. All my friends and I attended both school and church together. The girlfriend I had at the time broke up with me and the first thing you do at that age is try to avoid them. And I knew if I went to church, I would see her. So, I wrote this song not because I didn’t believe in God and didn’t want to fellowship, I just didn’t want to see her. I said a prayer to God that ‘I will praise you, I just can’t walk in there anymore.’”

Mitchell’s current single “Anything She Says” was delivered to country radio after fans streamed the song over ten million times. Since its release streams have reached 25 million and it’s climbing the charts at radio. The single’s music video debuted on YouTube Music on January 10 and was played for the in-house audience before Mitchell’s Opry at The Ryman performance that night.

Last week, Mitchell launched the second leg of his ANYTHING SHE SAYS TOUR with special guests Seaforth and Adam Doleac. PEOPLE Magazine shared an exclusive look behind the scenes.

About Mitchell Tenpenny
Powerhouse vocalist Mitchell Tenpenny has fueled an undeniable breakout story with his Double Platinum-certified No. 1 hit (#2 Canada), “Drunk Me,” from his debut album Telling All My Secrets (Riser House/Columbia Nashville). The 11-song project released in late 2018 earned him that year’s best first week showing for a major label country debut album. Mitchell welcomed the release with performances on NBC’s “Today” and ABC’s “Jimmy Kimmel Live!,” while “Drunk Me” has been lauded by the New York Times as one of the best songs 2018, and was featured in multiple Amazon Music “Most Played” and “Best Of” year-end lists. The song, which Mitchell co-wrote and co-produced, hit No. 1 on Nielsen’s Country On-demand Audio Stream chart, has amassed more than 330 million streams since its release. In 2019 he was nominated as New Male Artist of the Year at the ACM Awards and for Breakthrough Video (“Drunk Me”) at the CMT Music Awards, became the only country up-and-comer included in Pandora’s 2019 Artists to Watch list, was dubbed one of Music Row’s Next Big Thing honorees and The Tennessean’s Next Nashville Stars for 2019.

An authentic, fearless songwriter and performer, Mitchell has toured with such stars as Luke Bryan, Old Dominion, Maren Morris, Jake Owen, Brett Young, Lynyrd Skynyrd, and Dustin Lynch. Last fall Mitchell launched his headlining ANYHTING SHE SAYS TOUR featuring special guests Seaforth, who also appear with him on the new single, with his second annual 10Penny Fund Benefit Concert at Marathon Music Works in Nashville. Last year, Mitchell partnered with Sarah Cannon and the Cancer Institute of HCA Healthcare to create the 10Penny Fund in honor of his father whom he lost to cancer. Together they funded a newly renovated Family Room at the American Cancer Society Memorial Foundation Hope Lodge in downtown Nashville.