MIRANDA LAMBERT’S “KEEPER OF THE FLAME” MUSIC VIDEO OUT TODAY

MIRANDA LAMBERT’S “KEEPER OF THE FLAME”

WATCH THE VIDEO FOR

“KEEPER OF THE FLAME” 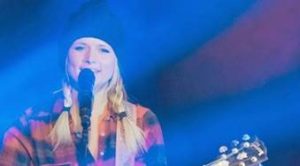 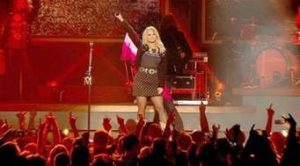 The song is Lambert’s fourth radio single off her critically acclaimed, PLATINUM-certified, double album The Weight Of These Wings, and arrived on the country radio airwaves last month. Lambert wrote “Keeper of the Flame” along with Natalie Hemby and Liz Rose.

Miranda released The Weight of These Wings in late 2016 accompanied by a deluxe, hardbound book, containing exclusive images and details about the album’s creative and recording process of which only a few hundred copies were printed. Now, those images and words have been combined with official videos and previously unheard audio interviews from Lambert.

Check out Lambert’s one-of-a-kind,  interactive Virtual Book for  The Weight Of These Wings where fans can visit https://theweightofthesewings.com/ca, connect to their own Spotify accounts with a single click, and stream all of The Weight Of These Wings double album 24 songs, which were originally spread across two CDs (and six sides of vinyl), thematically dubbed ‘The Nerve’ and ‘The Heart.’

Vanner Records/RCA Records Nashville singer/songwriter Miranda Lambert is the reigning ACM Female Vocalist of the Year, having been bestowed this honor for eight consecutive years. Her accolades include 2 Grammy Awards, 13 (CMA) Country Music Associations Awards, and 32 (ACM) Academy of Country Music Awards as well as many other honors, including the prestigious Harmony Award from the Nashville Symphony.

The Texas native released her most recent effort, a double album titled The Weight of These Wings in November 2016, which debuted at No. 1 on the Billboard Country Albums chart. She touts six studio albums to her repertoire; Kerosene (2005), Crazy Ex-Girlfriend (2007), Revolution (2009), Four The Record (2011) and Platinum (2014), the latter earning Lambert a GRAMMY Award for Best Country Album, in addition to her previous GRAMMY win for Best Female Country Vocal Performance in 2010 for “The House That Built Me.”  The first song released from Lambert’s current PLATINUM-certified, double album, The Weight Of These Wings, “Vice,” received multiple GRAMMY and ACM nods, as well as her previous country radio single, “Tin Man”, which she debuted at the 52nd Academy of Country Music Awards in 2017. Presently Lambert’s single at country radio is “Keeper of the Flame” which Lambert named her 2016 tour after. www.Mirandalambert.com

Images from the “Keeper of the Flame” music video attached