WATCH THE VIDEO – A POWERFUL VISUAL EXPRESSION OF SELF-EMPOWERMENT – HERE 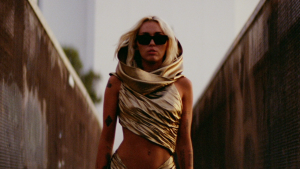 (January 12, 2023) – Multi-platinum selling recording artist, songwriter and trailblazer, Miley Cyrus, has released “Flowers” the first single from her forthcoming eighth studio album Endless Summer Vacation, available globally on March 10th. Stream “Flowers” here. The track finds Miley opining on self-love and courage, noting that “Started to cry / But then I remembered / I can buy myself flowers / Write my name in the sand” before ultimately and powerfully declaring “I can love me better than you can.” The themes of the song and buzz surrounding the music led fans to declare that 2023 is the year of Miley.

Unsurprisingly, Miley has delivered fans a fashion forward video for “Flowers”; watch here. The video was created by Miley and directed by Jacob Bixenman, with Stephen Galloway serving as creative movement director.

There have been many visuals for Endless Summer Vacation; Miley first announced the album with a powerful trailer; watch here. The album cover, photographed by Brianna Capozzi and fully executed by Miley without visual effects, was also revealed; see here. Recorded in Los Angeles and produced with Kid Harpoon, Greg Kurstin, Mike WiLL Made-It and Tyler Johnson, Miley describes the album as her love letter to LA.

Endless Summer Vacation will be available globally both digitally and at physical retailers.  Fans can pre-order multiple physical configurations on shop.mileycyrus.com. 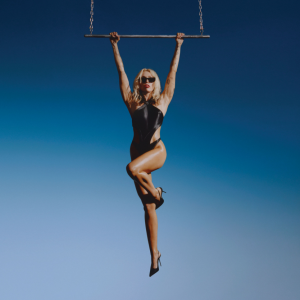 Miley Cyrus is one of the most influential humans in pop culture with over 192 million Instagram followers. She has six #1 albums including her 2013 GRAMMY-nominated album Bangerz, which is also certified 3x platinum in the U.S. In addition, she has had an impressive five sold-out world tours throughout her career. In November 2020, Miley dropped her highly anticipated seventh studio album, Plastic Hearts. The critically acclaimed album debuted at #1 on Billboard’s Top Rock Albums chart and is her sixth #1 album, giving Miley the most top 10 album debuts on the chart for female artists this century. Tracks on Plastic Hearts have been streamed over 3 billion times. In 2021 Miley joined The Kid LAROI on a remix of his song “Without You”. The remix debuted at #1 on Billboard’s Rock Chart. Miley was also part of Metallica’s The Metallica Blacklist Album, offering a blistering cover of “Nothing Else Matters”. Recent collaboration and brand partners include NBC/Peacock, Gucci and T-Mobile amongst others. Miley spent most of 2021 touring with multiple headlining slots at festivals including a massive run across LATAM which saw her perform to a cumulative crowd of over 1 million. A tireless advocate for the LGBTQ+ community, Miley devotes much of her time to her non-profit The Happy Hippie Foundation, which supports youth homelessness, the LGBTQ community, and other vulnerable populations.