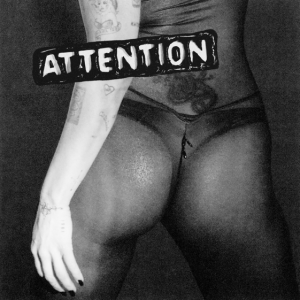 Following an onslaught of headlining festival appearances across North America and South America, which saw her perform to a cumulative crowd of nearly one million, multi-platinum selling recording artist, songwriter and trailblazer Miley Cyrus has released her first ever live album. Titled ATTENTION: MILEY LIVE, the live album, a gift to her fans, features 20 songs and is available globally here.

ATTENTION: MILEY LIVE features classic Miley songs from every era and for the first time ever, her brand-new songs “ATTENTION” and “You”. Miley first treated fans to “You” at her NBC New Year’s Eve television special “Miley’s New Year’s Eve Special Hosted by Miley Cyrus and Pete Davidson.” All songs were performed by Miley including songs recorded at the Bud Light Super Bowl Music Fest – Crypto.com Arena, Los Angeles, CA in February 2022.

Miley announced the album from stage during her headlining set at Lollapalooza Brazil in São Paulo. Regarding the album, Miley shared, “???? #ATTENTION #MILEYLIVE ???? My fans have been asking me for a live album for a long time & I am so exxxited to give it to them! This show was curated BY the fans FOR the fans! I asked my audience what songs they’d like to see me perform at upcoming shows and this is the set list YOU created! From fan favorite covers to some of my oldest songs, newest songs & original unreleased songs “YOU” & “ATTENTION”! I was doing a minimal amount of live shows this year and wanted the MAXIMUM amount of fans to experience ME LIVE! This album wouldn’t be possible without my band & crew! Thank you to everyone who came to see my show & anyone who couldn’t make it THIS ALBUM IS FOR YOU! I LOVE YOU! ????.” See Miley’s Instagram post here.

Miley recently completed major shows throughout South America for the first time in over a decade with headlining slots at Lollapalooza festivals in Argentina, Chile and Brazil. She drew the largest audience in the history of Lollapalooza Brazil with 103,000 in attendance. Her fans, known as the Smilers, flocked en masse to the airports to greet her posted up in the streets singing her songs and chasing her car, and gathered outside of her hotel in preparation for her shows; see footage here and here. Miley, known for having a close relationship with her fans, went above and beyond in return, even updating her setlist based on their feedback. Showing strong engagement, “Miley Cyrus” trended on Twitter at #9 Global, #1 Argentina, #1 Chile and #INEEDATTENTION trended #10 US, #2 Brazil and more.

Miley Cyrus is one of the most influential artists in pop culture with about 160 million Instagram followers. She has six #1 albums including her 2013 GRAMMY-nominated album Bangerz, which is also certified 3x platinum in the U.S. In addition, she has had an impressive five sold-out world tours throughout her career. In November 2020, Miley dropped her highly anticipated seventh studio album, Plastic Hearts. The critically acclaimed album debuted at #1 on Billboard’s Top Rock Albums chart and is her sixth #1 album. The album, which features collaborations with Billy Idol, Joan Jett and Dua Lipa, gives Miley the most top 10 album debuts on the chart for female artists this century. Tracks on Plastic Hearts have been streamed over 1 billion times worldwide. In 2021 Miley joined The Kid Laroi on a remix of his song “Without You”. The remix debuted at #1 on Billboard’s Rock Chart. Miley was also part of Metallica’s The Metallica Blacklist Album, offering a blistering cover of “Nothing Else Matters” featuring Elton John, Yo-Yo Ma, Robert Trujillo, WATT and Chad Smith. Recent collaboration and brand partners include NBC & Peacock, Gucci, T-Mobile, Hims & Hers, Cash App and Magnum Ice Cream. 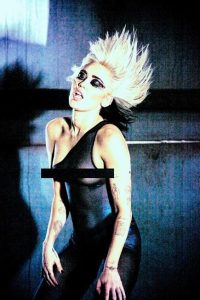