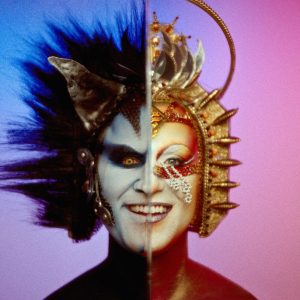 For Immediate Release – (New York, NY) – November 4, 2022 – Turning the page on another musical era, GRAMMY®Award-nominated multi-platinum artist, songwriter, andproducer Mike Posner reveals “I’m Not Dead Yet (ellisedit)” today. He teams up with London-based producer and musician ellis to mix and reimagine his latest single in addition to GRAMMY®Award-winning multi-platinum powerhouse Zedd who co-produced with ellis. The stunning accompanying music video was directed by Logan Meis and conceptualized and creative

directed by Darrell Thorne, a multi-disciplinary artistspecializing in makeup, costume design, and performanceart of stage, screen, and editorials. Listen to “I’m NotDead Yet (ellis edit)” HERE and watch the music video HERE.

The (ellis edit) and Zedd sharpen the song’s edges by highlighting Mike’s nakedly honest lyrics and the punchyguitar-laden production. Meanwhile, the visual focuses on aclose-up of his face as he adopts one striking visage afteranother, morphing on a mirror axis in sync with the track’s off-kilter rhythms.

About the track, Mike shares, “I’ve been a giant fan of Zeddfor years, so to have him and ellis help with the production has me in musical paradise. I love my job!”

The original “I’m Not Dead Yet” has already amassed over 4 millions streams and counting while its accompanyingmusic video is equally as cinematic as the “I’m Not DeadYet (ellis edit)” music video – watch it HERE.

In 2022, Mike’s presence continues to impact popularmusic and culture. He recently featured on MaskedWolf’s “Madhouse” in addition to co-writing blockbustercuts such as “Grand” by Kane Brown and “Bad Decisions” by Benny Blanco, BTS, and Snoop Dogg.

Welcoming everyone into his wild world, he also introducedAdventures With Mike this year. He launched these once-in-a-lifetime excursions with the sold-out Trek To Everest Basecamp last month. On this expedition personally guidedby Mike and Dr. Jon Kedrowski, attendees hiked to Everest Basecamp together, experiencing the wonder of Mt. Everest without climbing it. The 2023 iteration of Adventures With Mike will be revealed soon.

Mike hosts his own Wim Hof Workshop as a certifiedinstructor of the Wim Hof Breathing Technique. Check it out on TikTok and YouTube.

Earlier this year, Mike released “Turn Up” with Futuristics,which followed Mike’semotionally-charged single “Home” [produced by Mike Shinoda]. The accompanying visual for “Home” documented his journey to the top of Mt. Everest. Title cards narrated the climb in between real-life footage,culminating with his arrival at the summit on June 1, 2021 at4:35am. To prepare, he climbed 71 mountains and trained for a year-and-a-half. He notably dedicated “Home” to histrainer Dr. Jon Kedrowski and mountain guides DorjeSherpa and Dawa Chirring Sherpa. Mike dedicated his climb to the Detroit Justice Center. To find out more info and to donate, click HERE. 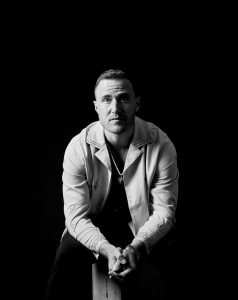 Since 2009, multi-platinum singer and songwriter Mike Posner has quietly become one of the world’s most successful and recognizable voices. In addition to being nominated for the 2017 GRAMMY® Award for “Song of The Year,” Mike Posnersongs have been streamed over 10 billion times globally and he’s amassed 30 platinum certifications.

In 2019, Mike walked almost 3,000 miles across the continentof North America, got bit by a rattlesnake along the way and still completed the cross country trek.

While walking across America, Mike set his sights on his next challenge, summiting Mount Everest. On June 1st, 2021,Mike made it to the peak of the highest mountain in theworld, while raising over $250,000 for the Detroit Justice Center.

Earlier this year, Mike became a certified Wim Hof Methodinstructor. Mike said, “sharing this practice has become one of the most fulfilling and beautiful parts of my life”.

At the same time, he has remained prolific in 2022. He joined forces with Masked Wolf on “Madhouse,” and he alsoco-wrote hits for various collaborators, including “Grand” byKane Brown and “Bad Decisions” by Benny Blanco, BTS, and Snoop Dogg.

Now, Mike kicks off the next era with “Home,” “Turn Up,” and“I’m Not Dead Yet” with more new music to come via Arista Records.

From being a bassplayer in a UK punk band to releasingsongs as a solo producer and artist, 24 y/o ellis is known forhis songs like ‘clear my head’ and his viral remix of Ed Sheeran’s ‘shape of you’ stacking over 70 million total views on YouTube today.The London-based producer and musician’s work is characterized by catchy toplines, engaging basslines and funky drops. With official remixes for the likes of ZEED & Katy Perry, Lady Gagy, Lost Frequencies and James Blunt, and cutson records from Icona Pop & Charli XCX, James Cater,Mike Posner and NOTD amongst others, ellis putsforward only the best of the est in electronic-pop music.

Having produced a lot for others since signing a publishingdeal to ZEDD / UMP in 2021, ellis is now back to releasing his own project in 2023.