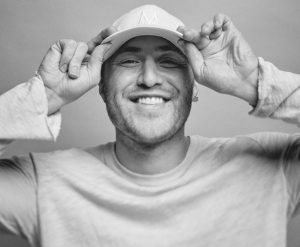 “Like many of the songs I put out, I wrote this one a while ago, but it’s especially meaningful to me right now. “Momma Always Told Me” is invigorating to me personally.” Posner reveals. “When I hear it, it reminds me of the beautiful people who played on it, it reminds me that life can be joyous, and it reminds me to let go and enjoy the ride. I hope others can get the same feeling out of it during this challenging time.  Take care of your shit. Live your life. Shine your light.”

‘Momma Always Told Me’ Ft Stanaj and Yung Bae marks a new chapter for the Detroit-born and raised philanthropist and mental health advocate, who in 2019 famously walked across America. More recently, Posner closed 2020 with the surprise release of his 36-minute rap-opera Operation: Wake Up, which he used to highlight the struggles of mental illness and suicide ideation. Listen to Operation: Wake Up HERE.

Following a year of writing and recording in his studio, as well as embarking on extreme mountain climbing and conditioning across the world, Mike Posner is poised to dominate the charts and shine some light into our lives once again.

Since 2009, multi-platinum singer and songwriter Mike Posner has quietly become one of the world’s most successful and recognizable voices. From his 2016 sophomore full-length album, At Night, Alone, which included the ubiquitous RIAA 5x-platinum smash “I Took A Pill In Ibiza’ which made history as “one of Spotify’s Top 10 Most Streamed Songs of All Time” with 3 billion streams and earned Mike a 2017 Grammy® nomination for “Song of The Year.” To his most recent and fourth studio album A REAL GOOD KID and 2019 mixtape release Keep Going. Featuring special guests Logic, Wiz Khalifa, Ty Dolla $ign, Talib Kweli, Diddy, Steven Tyler, Bun B, and E-40, ‘Keep Going’ chronicled and commemorated his well-documented and celebrated 3,000-mile hike across America.

‘Momma Always Told Me’ Ft Stanaj and Yung Bae is out everywhere now.