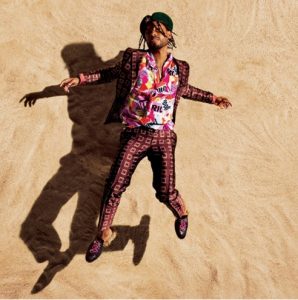 [New York, NY – November 3, 2017] After months of hinting to fans that new music is on the way, today Grammy Award-winning singer and songwriter Miguel announces the release date for his highly anticipated fourth studio album, War & Leisure, coming December 1st on ByStorm Entertainment / RCA Records and available for pre-order now.  The announcement also includes the album cover art shot by Timonthy Saccenti and a video for new song “Told You So”, directed by Karim Huu Do. The iconic visual, shot in 2016, follows Miguel cruising through the desert, stopped in his tracks by ominous explosions in the background, with flashbacks and premonitions of world destruction.

Following the critically-acclaimed success of his previous albums Wildheart, Kaleidescope Dream and All I Want Is You, Miguel returns with War & Leisure, a meditation on the duality of our times that Miguel has described as his “most upbeat” album. Earlier this summer, Miguel shared the first single “Sky Walker” featuring Travis Scott, which has seen over 62M streams worldwide and continues to climb the charts at radio.  Miguel recently performed an acoustic cover of “Sky Walker” and previewed album cut “Come Through And Chill” on The Late Show With Stephen Colbert.  Watch at the links below.

Last week, FLOOD revealed their Winter 2017 cover which features Miguel on the cover and an interview by Pussy Riot’s Nadya Tolokonnikova, where they discussed the current social and political landscape, amongst other things. Derived from a short viral video on Miguel’s Instagram where he covered the Pussy Riot song “Make America Great Again”, the combination of two of the most interesting artists in music makes for one of the most epic collusions in media to date.  Read the story cover story and check out the behind the scenes footage at the links below.

Miguel recently made news with a performance and roundtable discussion at the Adelanto Detention Center, aiming to bring reforms to California’s largest privately owned federal prison run by ICE to handle immigrants.  He will also lend his voice, alongside Mexican pop singer Natalie Lafourcade, to the song “Remember Me” from the upcoming Pixar film, Coco, coming out later this month. 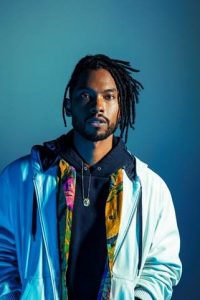 WATCH THE OFFICIAL VIDEO FOR “TOLD YOU SO”

WATCH MIGUEL PERFORM “SKY WALKER” AND “COME THROUGH AND CHILL” ON THE LATE SHOW WITH STEPHEN COLBERT: 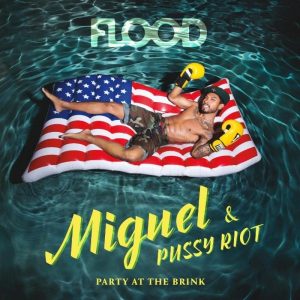