MGMT Release video for new single ‘Me and Michael’ 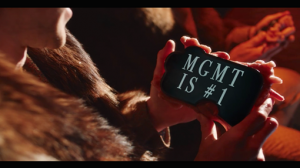 Ahead of the release of their fourth album Little Dark Age this Friday 9th February, MGMT today release the video for ‘Me and Michael’, an upbeat synth-pop cut and “MGMT at their best” (Q). The video was directed by Joey Frank and Randy Lee Maitland and depicts MGMT finding unprecedented success after stealing a song written by Filipino band Truefaith. In typical mind-bending MGMT style, Truefaith are themselves an established rock band from the Philippines who have recorded their own version of ‘Me and Michael’ called ‘Ako at Si Michael’, as well as shooting their own video.

Watch ‘Me and Michael’ here 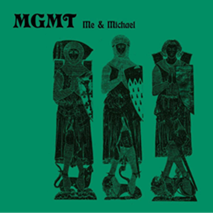 MGMT will release their fourth album Little Dark Age, on Friday 9th February via Columbia Records. The album has already seen early critical acclaim and is one of the most anticipated albums of the year. Featuring the “undeniably brilliant” (NME) lead single ‘Little Dark Age’, as well as ‘When You Die’ and ‘Hand It Over’, Little Dark Age was produced by MGMT, Patrick Wimberly (Chairlift, Kelela, Blood Orange), and long-time collaborator Dave Fridmann (Flaming Lips, Spoon, Tame Impala). MGMT also recently shared a behind-the-scenes video chronicling the making of Little Dark Age at Tarbox Road Studios in Cassadaga, New York. The behind-the-scenes video can be watched here.

MGMT played a number of sold out headline shows in February this year across the UK and Europe. Their highly-anticipated return took them to a number of iconic venues including London’s Electric Brixton and Paradiso in Amsterdam, and saw them perform new material from Little Dark Age. See European summer performance dates below. 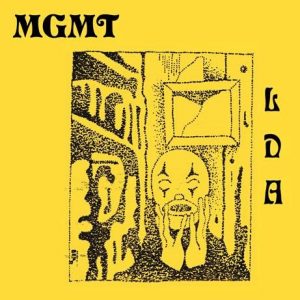 “Despite its human fragility, its built-in wobble, Little Dark Age is a show of strength” – Q, 4*

“MGMT have thrown open the doors and welcomed you back into their world” – NME, 4*

“a deliciously odd return to form” – The Guardian

Formed in 2002, MGMT released their influential, Grammy-nominated, debut album Oracular Spectacular in 2007. This was followed by 2010’s Congratulations and 2013’s self-titled album MGMT. 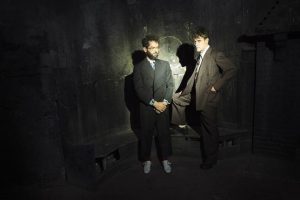 See below for MGMT 2018 tour dates in the UK and Europe. For a full list of dates visit whoismgmt.com: