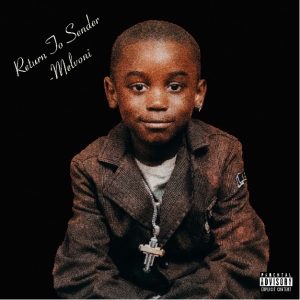 He initially set the stage for the EP with the banger, Get Money [feat. Tyla Yaweh & DDG]. The music video posted up 233K YouTube views, while the song racked up 251K Spotify streams and counting. Earning critical acclaim right out of the gate, HotNewHipHop praised, “Melvoni has been making quite the impact as of late thanks to a plethora of dope singles that show off his singing chops, as well as an ability to write catchy hooks that are going to stay with you” before promising the single “features all of the youthful exuberance you would expect from these three.”

The four-track EP highlights the dynamics of Melvoni’s inimitable signature sound. Clean guitar bristles up against on melodic rhymes on Million Dollar Peasant as his voice echoes on the chantable chorus. Meanwhile, he pulls up over trap piano on “Call” with slick storytelling as he urges, “If you ever feel alone, just give me a call.” For the explosive finale Blaze of Glory, he bodies a skittering beat with commanding and confident bars.

Check out the full tracklisting below. Melvoni transmits his message right to the heart on Return To Sender. Stay tuned for more very soon.

About Melvoni
Brooklyn-bred upstart Melvoni first captivated listeners with his debut single “No Man’s Land,” as he melodized about the grittiness of New York life. Cited by Pitchfork as “…the best voice of all the New York rappers who sing about trauma,” he followed with his debut EP Who TF Is Melvoni?, a project full of promise, which fanned the flames of his first single. Fans became eager to hear Melvoni’s story thanks to his debut EP. His 2020 artist of the month feature in the Pigeons & Planes series “Making It” additionally gave people a glimpse into who Melvoni was and who he was becoming. However, while he was moving fast and taking in his new-found fame, the pandemic forced him to pump the brakes a bit.

With the world slowly reopening, Melvoni hopes to tour his projects and take his sound and vision to the stage. It’s another milestone in his career to connect with his fans on a more personal level, as he prepares for his first album. As Melvoni’s story is still being written, he’s making every page count, all while making authentic and honest music. 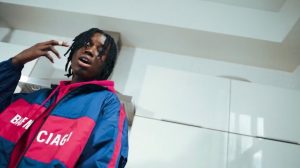