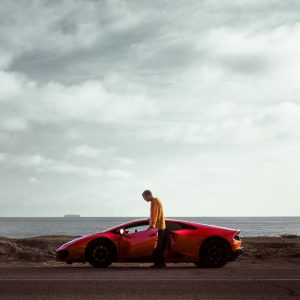 TORONTO, ON – September 24, 2021– Artist on the rise, MASN, releases his new track, Strawberry Huracan, via RCA Records. Listen here. This follows MASN’s previously released tracks, Self Sabotage, Don’t Talk, which Ones To Watch called “…a perfect summer song…” and Sitting In Fire. All four tracks are featured on his upcoming EP This Place Wouldn’t Be The Same Without You due out October 29, 2021.

MASN says, “Strawberry Huracan is the breath of fresh air on this EP. Continuously listening to sad songs would drown you in sadness, so you need the contrast to balance everything out. I wrote Strawberry Huracan because I wanted a good driving song and it reminds me exactly for what I’m grateful for. That contrast alone is so vital to this EP as a whole.”

Last year MASN released his debut EP, How To Kill A Rockstar, as well as Mountains, a collaboration with label mates Lost Kings. MASN’s debut EP received critical praise – the track, Hate Me!, was featured on Billboard’s 10 Cool New Pop Songs To Get You Through The Week and Ones To Watch #NowWatching playlist and Fire which PAPER called “compelling.” The EP also included previously released tracks Psycho!, Psycho! feat. Trippie Redd and Val!um. 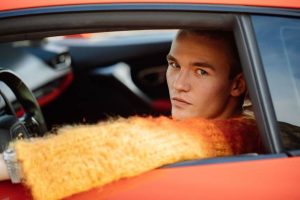