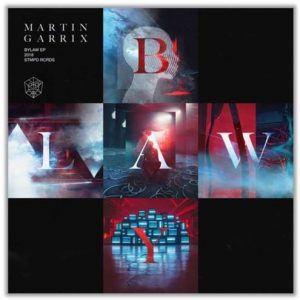 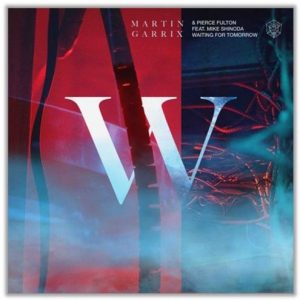 It’s been hard to keep up with Martin Garrix this ADE week, with four new releases in as many days. Now comes the final piece of the puzzle with track No. 5 and the revelation that these tracks form a bigger creative project: namely his new BYLAW EP.

This ADE week has seen Garrix release a slew of long-awaited tracks that have littered his sets over the past couple of years:

The first letter of each track spells out the name of this outstanding new EP, with today’s track one of the most highly anticipated of all.

Waiting For Tomorrow was produced alongside Pierce Fulton with Mike Shinoda on vocals, and will be recognised by any major Garrix fans from his sets. The glittering centrepiece of this EP, it’s a huge vocal anthem that marries Martin’s big room and pop sounds in one perfect package. Shinoda’s sumptuous layered vocals make for a beautiful track as it is, but when you add in Garrix & Fulton’s buzzing, tweaking electro house madness into the mix, it elevates it into an explosive package. A modern masterpiece, it’s had fans in a frenzy since he first played it, and its release couldn’t come soon enough.

The five tracks have also each had a special music video created for them, with a theme of artificial intelligence linking them together in this incredible creative project. You can now enjoy this mini-movie on YouTube, or listen to or buy the full EP on all good streaming and download platforms.

So there you have it. A full new 5-track Martin Garrix EP with accompanying videos. ADE 2018 is something his fans will remember for a long time to come…

Martin Garrix has risen to global stardom in pop as well as electronic circles – and yet he’s far from being done. Dance music’s freshest talent has headlined festivals around the globe, founded a label and mentored other artists and won the #1 spot in DJ Mag’s Top 100 twice. His passion, ambition, drive and maturity remain unmatched in the world. ‘Animals’ released June, 2013 was a breakout success and a game changer for the music industry. Reaching No.1 in the UK and many other territories, it proved that a hard-hitting dancefloor-oriented track could reach pop status, ultimately reaching over a billion streams across several platforms. The five years since have been marked by a quick march through the ranks of dance music, conquering stages all around the world and releasing more breakout hits including ‘In The Name Of Love’ with Bebe Rexha, the highly acclaimed ‘Scared To Be Lonely’ which became Dua Lipa’s breakthrough song, ‘There For You’ with Troye Sivan and ‘So Far Away’ with David Guetta, featuring Jamie Scott & Romy Dya. Garrix’ musical achievements have not gone unnoticed. They were awarded with two MTV EMAs in 2016, holding the #1 spot in the 2017 DJ Mag Top 100, a ‘Man of Today’ accolade from GQ, a spot among Forbes’ ’30 Under 30’ and another at Billboard’s ‘EDM Power Players’. Last but not least, he performed at Jimmy Fallon’s The Tonight Show twice, as the first Dutch guest ever. Looking at 2018, the Dutch superstar is set to continue his winning streak. He kicked off the year with a performance at the Winter Olympics Closing Ceremony in Pyeongchang and with STMPD RCRDS now firmly established, he has free range to do exactly what he loves most: making music.

Mike Shinoda is currently touring across North America on the Monster Energy Outbreak Tour, in support of his critically acclaimed full-length solo album, Post Traumatic, out earlier this year to an overwhelmingly positive response from The New York Times, NPR, Rolling Stone, Billboard and many more. He is best known as co-lead vocalist for multi-platinum Grammy-Award winning rock band, Linkin Park, which has sold over 55 million albums worldwide and commanded a massive fan following, holding the title as the most-liked band on Facebook and amassing over 5.5 billion YouTube views. Shinoda is a founding member of the group, which achieved the best-selling debut of this century with their Diamond-certified album, Hybrid Theory, selling over 10 million copies in the US alone. Collectively, they sold out stadiums around the globe and earned a multitude of accolades including 2 Grammy Awards, 5 American Music Awards, 4 MTV VMA Awards, 10 MTV Europe Music Awards, 3 World Music Awards, and most recently, “Rock Album of the Year” at the 2018 iHeartRadio Music Awards for their seventh studio album, One More Light. In 2005, Shinoda launched his first solo project, Fort Minor, releasing The Rising Tied to critical acclaim, with the single “Where’d You Go,” which reached number 4 on the Billboard Hot 100 chart and accumulated nearly 10 million YouTube views to date.

Pierce Fulton is an American producer, singer & multi-instrumentalist who is most known for his song Kuaga which released back in 2014. He has since released a debut album called Better Places reflecting a crossover into a more indie electronic sound that includes some of his early progressive house influences as well as influences from other genres that inspired him years before he discovered electronic music.