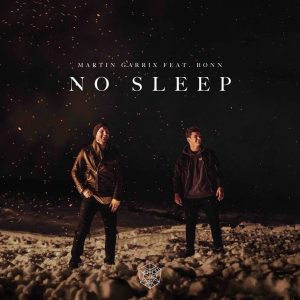 Martin Garrix is back with another single in the form of No Sleep, a beautiful track which sees him back in partnership with the amazing Bonn.

It’s the second time these two have collaborated of course, following the immense success of last year’s Canadian Gold certified High On Life. Premiered by Martin and Bonn live at Tomorrowland 2018, the track has had 140 million streams on Spotify and Apple Music combined, with the video picking up a further 104 million.

Where High On Life was all about stadium-sized theatrics and huge synth chords, No Sleep is softer — but still has that cinematic sense of occasion that made their previous collab so impactful.

The end of February and start of March see Martin head out on tour in Australia and South Africa, taking in Melbourne (Feb 23), Sydney (Feb 24 + 25), Cape Town (March 1) and Johannesburg (March 2). He will also be heading to Miami for Ultra where he will play the MainStage as well as host a stage with his label STMPD RCRDS. If you’re lucky enough to make it to one of those dates, you’re likely to hear him play this one in all its glory.