Cast your mind back to August, when Martin Garrix rocked Tomorrowland’s mainstage with a set crammed full of exclusive new material. One of the highlights was when he brought out David Guetta to premiere their track ‘So Far Away’, which is out today on all digital service providers. 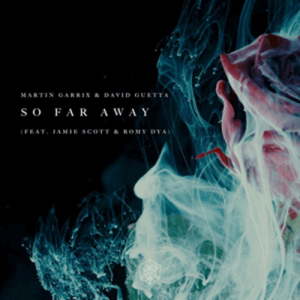 A particularly laidback offering from this powerhouse duo, the track features beautiful male and female vocals from Jamie Scott and Romy Dya. Melancholy guitar licks breathe life into the track as Scott’s gentle tones segue in. The bridge/chorus lays on dense layers of his vocal harmonies, and the teasing drop yields bombastic bass, kicks, vox synths and larger-than-life chords. Romy’s more urgent delivery provides a sweet counterpoint to Scott’s vocals, building the emotion and energy until they unite in melodic perfection. Stunning string arrangements deck out the outro and complete the perfect package.

The release is accompanied by an official music video, directed by Damian Karsznia, that shows two worlds: the world we live in and a world that displays feelings, thoughts, emotions and dreams. The storyline features a young couple who were once in love and are currently struggling with the fact that their relationship has ended. The different elements and objects used in the video create a powerful message that perfectly fits the energy of the song.

With over 13 million views of his Tomorrowland set already, Garrix has created the perfect platform for the success of So Far Away and has placed the song into his fans hearts in a big way. The track caused a huge splash amongst the press when the set appeared online, with DJ Mag stating, “featuring two of the EDM world’s brightest lights, So Far Away could well be the biggest such collaboration we’ve seen for some time yet” and Billboard reckoning that “it’s hard to imagine it won’t be a hit”. Further plaudits from several media marked this out as a sure-fire winner.