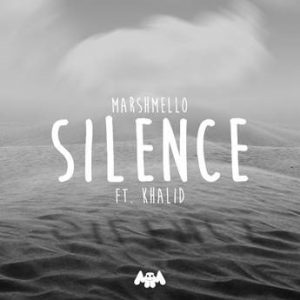 Marshmello has been one of the fastest rising dance producers in history. Catapulting his career with his official remix of Jack U and Justin Bieber’s global hit “Where Are U Now’ which collected over 36 million plays on Spotify & SoundCloud in less than six months and an additional 5 million across multiple YouTube channels, Marshmello’s singles have been explosive, gaining hundreds of millions of plays and making their way into major DJ sets since. The masked producer’s debut album, Joytime, charted at #1 on the iTunes Electronic Albums on release day and landed in the Top 5 on U.S. Billboard’s Top Dance/Electronic Albums. Marshmello’s track “Alone” (Click HERE to watch the music video) propelled his monumental success with over 94 million Spotify plays and over 680 million video views. He also sold-out over 250 consecutive dates worldwide on his last tour. Most recently, Marshmello released the music video for “Find Me” (Click HERE to watch), which has already amassed over 6 million views and reached #9 on top trending videos on YouTube. As the layers of mystery continue to surround the man behind the mask, there is no doubt Marshmello’s rapid takeover of the electronic-sphere will continue to leave everyone wanting more.

Khalid released “Location” before his high school graduation and it garnered over 1.52 million plays in less than two months, which led to his major label deal with Right Hand Music Group/RCA Records.  Khalid’s debut album, American Teen, has received mass critical acclaim with praise from The New York Times, TIME Magazine, Billboard, NYLON, and many more. Billboard stated, “…effortlessly excellent…the kid is still so young, but this body of work is beyond his years”.  Khalid has also performed on The Tonight Show Starring Jimmy Fallon, The Ellen DeGeneres Show, Good Morning America, The Late Late Show With James Corden, and at this year’s SXSW where he won MTV’s Woodie To Watch Award. Additionally, Khalid embarked on his first-ever headlining tour in the U.S., Canada and select European cities where he sold-out every single date before the album was even released. Khalid has over one billion streams worldwide across all partners, and he is one of two solo teenagers to reach the top 10 on the Billboard 200 in the last 12 months. Khalid is currently the face of Forever 21’s Summer Digital Campaign, #F21xMusic, Men’s Line. He was nominated for a 2017 BET Award for Best New Artist, and has recently been nominated for a Teen Choice Award for Choice R&B/Hip-Hop Song for “Location”, and for an MTV VMA for Best New Artist. “Location” is certified double platinum in the US and platinum in Canada, Australia, and New Zealand. American Teen is also certified Gold in the U.S and Canada. 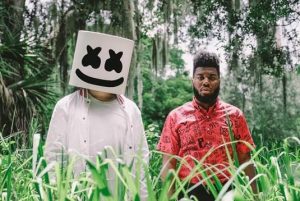