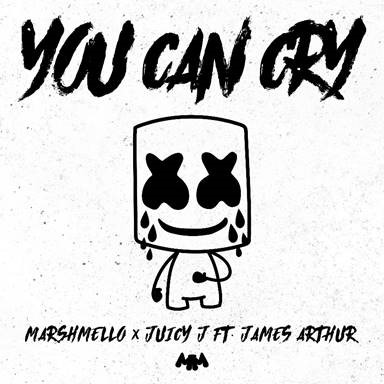 Social media has been buzzing about the pairing of Marshmello and Juicy J – two of music’s most engaging brands – with the compelling Arthur, his first new music since his hit “Naked.”  Marshmello’s enigmatic identity (he’s become one of music’s most recognizable icons) and diverse arsenal of hits has made him a breakout presence in 2018.  Hailed for his collaborations with Selena Gomez, Khalid, Migos, Logic, and more, his 2+ billion streams across Spotify alone, with over 40 million monthly listeners, have cemented him as the platform’s #4 most Streamed Artist in the World. His summer smash, “FRIENDS” with Anne Marie, reached #1 on both iTunes and Shazam with 500M+ overall streams & counting. 2017’s “Wolves” ft. Selena Gomez peaked at #1 on Billboard’s Hot Dance/Electronic Songs chart in the USA and #2 at Top 40 radio in Canada, with Marshmello ranked #4 overall on Billboard’s 2018 Dance List. His eclectic fan base, ranging from children to adults, remain eager to uncover his true identity…but the Mellogang movement has proven there are no limits to the power music holds in bringing together people of all walks of life.

Hip hop trailblazer Juicy J is one of only a handful of artists to snare both an Academy Award and a #1 hit on Billboard’s Hot 100 chart.  A co-founding member of southern rap legends’ Three 6 Mafia, their eclectic hits over the years include “Stay Fly,” “Sippin On Some Sizzurp,” and the Oscar Winning “Hard Out Here For A Pimp,” among others.  Juicy’s work with Katy Perry for the track “Dark Horse” earned him a Grammy nod, an American Music Award and an MTV Video Music Award.  Known for a slew of high profile collaborations with stars such as Wiz Khalifa, Kanye West, Nicki Minaj, Young Thug, Travis Scott and others, his 2017 album Rubba Band Business (inspired by his acclaimed mixtape series) is his fourth solo studio album.

James Arthur released his album Back From The Edge in September 2016, featuring the global hit “Say You Won’t Let Go.” The track has sold more than 9.6 million copies worldwide and notched nearly 2 billion combined streams. Late last year, the charismatic UK star released his current single “Naked,” (certified GOLD single in Canada) which he crafted with noted songwriters ‪Max Martin‪, Savan Kotecha and John Carlsson. The video for the song features James alongside model/actress Cressida Bonas and has over 85 million views to date.