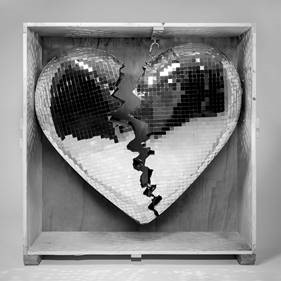 “Find U Again” follows the release of “Don’t Leave Me Lonely” featuring YEBBA, and the title track, “Late Night Feelings” which has over 18.4 million streams and debuted to rave reviews, with Consequence of Sound calling it a “scorching contender for this year’s “Song of the Summer” and The Fader adding that “The song grabs ahold of the duo’s primal moonlit urges and spins ’em into disco oblivion.”  The premiere single from the album was 2018’s global smash “Nothing Breaks Like A Heart” feat. Miley Cyrus, the platinum certified track that has garnered 392 million streams worldwide and over 121 million video views.

Mark has described this album as a collection of “sad bangers,” and the new track, like much of the album, is emotionally complex and personal.

The new album comes after a landmark year for Ronson, winning an Academy Award, Golden Globe and Grammy Award for his work with Lady Gaga on “Shallow” from A Star Is Born.

Ronson spent the first eight years of his life growing up in London, England before moving with his family to New York City.  Already a keen student of music, and a huge fan of hip hop, he was 16 when he first began creating mixtapes and trying his hand at DJing. That early passion set him on a path to music production, recording and songwriting that has resulted in a career highlighted by work on a multi Grammy-winning album by Amy Winehouse, as well as his own Grammy-winning, global smash hit with Bruno Mars, “Uptown Funk.”  Along with releasing four successful albums under his own name, his resume includes production work for some of music’s biggest names, including Adele, Paul McCartney, Duran Duran and Lily Allen. More recently, he helmed Lady Gaga’s acclaimed fifth album, Joanne and Queens Of The Stone Age’s lauded Villains.  In 2018 he released a string of singles with Diplo under the name Silk City, including the current world wide hit “Electricity” with Dua Lipa, which earned him a Grammy Award for “Best Dance Recording” in 2019.

Most recently Mark collaborated with Miley Cyrus on the hit song, “Nothing Breaks Like A Heart,” and Lykke Li on “Late Night Feelings” from his upcoming fifth studio album Late Night Feelings set for release June 21st.

He is currently based in Los Angeles where he operates his record label, Zelig Records, home to fast rising star King Princess. To date, Ronson has 1 Academy Award, 7 Grammy Awards, 2 Brit Awards, 1 Golden Globe Award and 1 MTV VMA Award to his name.

Multi Grammy nominated Cuban born singer/songwriter Camila Cabello (Epic Records / SYCO) released her debut solo album, CAMILA in January 2018 to rave reviews. It debuted at #1 on the Billboard 200 chart at the same time as her single “Havana” Reached #1 on the Billboard Hot 100 chart, making Camila the first soloist in nearly 15 years to reach the #1 spot on the Hot 100, Billboard 200 and Artist 100 charts in the same week. The RIAA platinum-certified album, CAMILA, launched its debut at #1 on 110 iTunes charts around the world, breaking the record for most #1 positions for a debut album in iTunes history. Camila also became the #1 artist on global Spotify. At the end of 2018, Camila was nominated for two Grammy awards, “Best Pop Vocal Album” for her album, CAMILA, and “Best Pop Solo Performance” for “Havana” (Live). She took home awards for Artist of the Year and Video of the Year for her hit “Havana” at the 2018 Video Music Awards. She also tied Taylor Swift as the most awarded artist at the 2018 American Music Awards bringing home four awards. Beginning her official solo career after four years in Fifth Harmony, Camila released her RIAA 7x platinum smash hit “Havana,” in August 2017 where it obtained the #1 spot on the pop radio chart, marking her second top 40 #1 as a solo artist. Furthermore, “Havana” hit #1 on iTunes overall top songs chart, #2 on the Spotify Global chart and hit #1 in 80 countries around the world. “Havana” is the first song by a female artist to reach No. 1 on Billboard’s Adult Contemporary, Pop Songs and Rhythmic Songs charts in 22 years, it has earned over 1.1 billion on-demand U.S. streams, according to Nielsen Music, and attained the longest run at No. 1 on Pop Songs for any song by a female artist since 2013. Havana became the most streamed song of all time by a female artist. Her triple-platinum single “Never Be The Same,” was released in January 2018 and peaked in the top 10 of the Billboard Hot 100 chart. Camila became the first artist in history to have two multi-format number one singles as the first two singles from their debut album.  Camila had previously earned a chart-topping smash with her recent double platinum-certified hit “Bad Things” with MGK. The track generated over 400 million on-demand streams. As a result of its success, she became the fifth female artist to hit #1 on the Pop songs chart with and without a group. In November 2018, Camila was named the new ambassador for Save the Children.