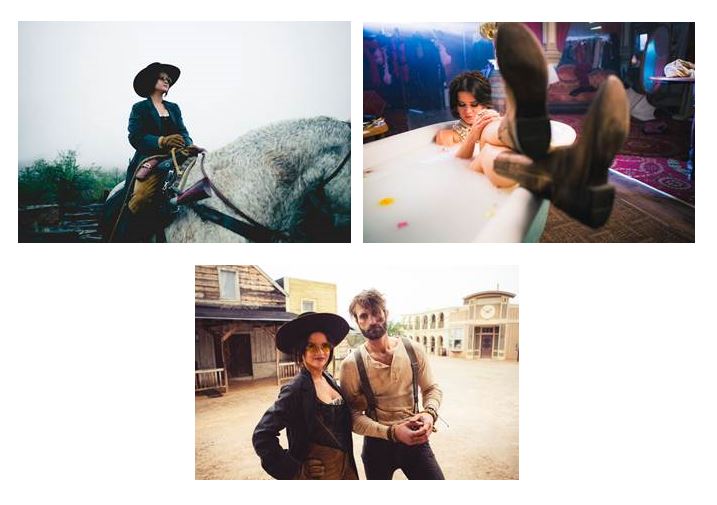 Morris will make her second television appearance later in the week when she performs on the 53rd Academy of Country Music Awards at 8 PM Eastern on CBS.

About Maren Morris
Twenty-seven year old Columbia Nashville singer/songwriter Maren Morris has quickly established herself with vocal styling’s that reflect her country, folk and pop influences. Armed with sheer talent, honest lyrics and a completely magnetic presence, Morris’ label-debut album, the GOLD-certified HERO, released via Columbia Nashville on June 3, 2016. One week after it was available, HERO entered the Billboard Country Albums chart at No. 1 and No. 5 on the Billboard Top 200 Chart in the U.S., which spans across all genres. With this, the Arlington, Texas native became the first artist in the history of Columbia Nashville to open at No. 1 on the Billboard Country Charts with a debut album in the Soundscan era. Morris’ debut single from HERO, “My Church,” set a record at Country radio by having the most chart reporting stations to play a debut single by a country artist with 107 stations the week it hit the airwaves in addition to being certified PLATINUM by the RIAA.

Kicking off 2017 Morris took home the GRAMMY® for BEST COUNTRY SOLO PERFORMANCE for “My Church” at the 59th Annual GRAMMY® Awards in addition to having the most nominations for a Country music artist with FOUR to her credit including BEST NEW ARTIST, BEST COUNTRY ALBUM (HERO) and BEST COUNTRY SONG (“My Church”). She received SIX nominations for the 52nd Academy of Country Music Awards including Female Vocalist of the Year, New Female Vocalist of the YeaR which she took home the trophy for, Album of the Year (as artist and producer) for HERO, and Single Record of the Year (as artist and producer) for “My Church.” Morris was also named Radio Disney’s BEST NEW COUNTRY ARTIST at the 2017 Radio Disney Music Awards. In the fall of 2017 Morris received three nominations for the 51st Annual CMA Awards including nominations for FEMALE VOCALIST OF THE YEAR as well as MUSIC VIDEO OF THE YEAR and MUSICAL EVENT OF THE YEAR, both for the No. 1 hit song “Craving You” by Thomas Rhett (featuring Maren Morris). In addition she received her fifth career GRAMMY Award-nomination for BEST COUNTRY SOLO PERFORMANCE (“I Could Use A Love Song”) for the 60th Annual GRAMMY Awards. In addition “I Could Use A Love Song” is Morris’ first No. 1 country radio single, as both the performer and songwriter, reaching the top of both Billboard Country Airplay and Mediabase Country charts in January 2018. Morris’ current single for Country radio is the fun fan favorite song “Rich.”

Morris has appeared on Saturday Night Live, Good Morning America, NBC’s Today, CBS Sunday Morning, ELLEN, NBC’s The Voice, The Tonight Show Starring Jimmy Fallon, Late Night with Seth Meyers, Jimmy Kimmel Live, The Late Show with Stephen Colbert, The Talk, Chelsea, NCIS: New Orleans, Sprout’s Sunny Side Up, the 50th Annual CMA Awards, CMT Music Awards and the 59th Annual GRAMMY Awards. Morris wrapped 2017 with the conclusion of her first-ever headlining HERO Tour 2017, which also included dates in the U.K. Though rooted deeply in country music, Morris has acquired a global, non-genre specific, fan base. It’s that global fan base’s appetite that Morris will satisfy in 2018 by collaborating with electronic house DJ and producer Zedd, along with electronic duo, Grey, for the smash hit, “The Middle,” in addition to joining Niall Horan on the Flicker World Tour 2018 with dates in New Zealand, Australia, Canada and the USA.   MarenMorris.com

Behind the scenes photos from the “Rich” music video attached