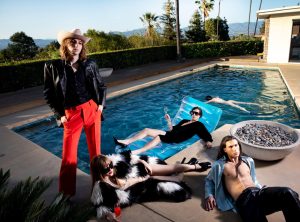 With its Californian sound and infectious modern rock grooves, “Supermodel” is a sublime new offering from a burgeoning act who continue to carve out their own inimitable brand of rock’n’roll. Måneskin came up with the concept of “Supermodel” after being inspired by the many characters they met during their time in L.A.

The band explained: “We wrote Supermodel after spending the best few months in LA. At times we were surprised yet intrigued to find how people cared so much about the idea of “celebrity” and status, obsessing over their looks and connections.

They add: “We started to imagine an enigmatic Supermodel character. She is really cool, fun and social, yet in reality she is troubled, hiding sadness and addiction. In a way you love her, because she knows how to have a good time, but you also want to avoid her, because she might get you into trouble”

Måneskin will be marking the release with the debut live performance of the single at the Eurovision Song Contest final on May 14th, celebrating a year since their triumphant win which helped catapult them to no.1 in the global charts.

The band will kick off their world tour “LOUD KIDS TOUR” on October 31 with a sellout gig in Seattle and will hit other sold out cities including New York, San Francisco, Atlanta and Washington, as well as a new date in Los Angeles before embarking on their sold out European leg in 2023 – playing iconic venues including London’s O2 Arena, Accor Arena in Paris and Berlin’s Mercedes Benz Arena.  For all tour dates, tickets and information, please visit: www.vivoconcerti.com 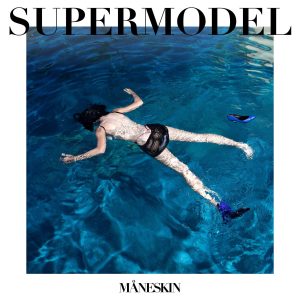 The LOUD KIDS TOUR dates are as follows:

2022 will see the fast rising band warm up for their North America tour dates with a group of major festival appearances this summer, including Lollapalooza, Reading & Leads, Summer Sonic Festival, Rock in Rio, Aftershock and more. After a year of success, with 6 diamond discs, 133 platinum and 34 gold, Måneskin are the most listened to Italian artists in the world on Spotify. Last year saw Måneskin conquer the UK with their smash hits “I Wanna Be Your Slave” and “Beggin’”, becoming the first Italian band in history of music to crack the UK Top 10 Chart with two singles simultaneously. The song IWBYS also boasts a riotous version – an iconic collaboration with the Godfather of Punk Iggy Pop, released on August 6, 2021. And when they put their new European tour on sale, all tickets sold out in the space of two hours!  Måneskin recently  upgraded their European shows to iconic venues including London’s O2 Arena, Accor Arena in Paris and Berlin’s Mercedes Benz Arena. Other achievements include their double nomination at The BRIT Awards 2022 for ‘International Group’ and ‘International Song’, as well as their MTV European Music Awards win for ‘Best Rock’, the first ever win for an Italian artist in an international category. Their triumph in the US has been just as impressive. Måneskin held two special concerts in New York and Los Angeles and were special guests at The Rolling Stones’ concert in Las Vegas. They have also performed on prime TV shows, Jimmy Fallon’s Tonight Show and The Ellen DeGeneres Show, and did an outstanding performance of “Beggin’” and ‘I Wanna Be Your Slave” for their debut appearance on Saturday Night Live, not to mention their first time playing at the legendary Coachella Festival last month. Following a whirlwind of a year, Måneskin recently received double nominations for best ‘Rock Song’ and ‘Rock Artist’ at the Billboard Music Awards and was hailed in Forbes 30 under 30 for Europe.