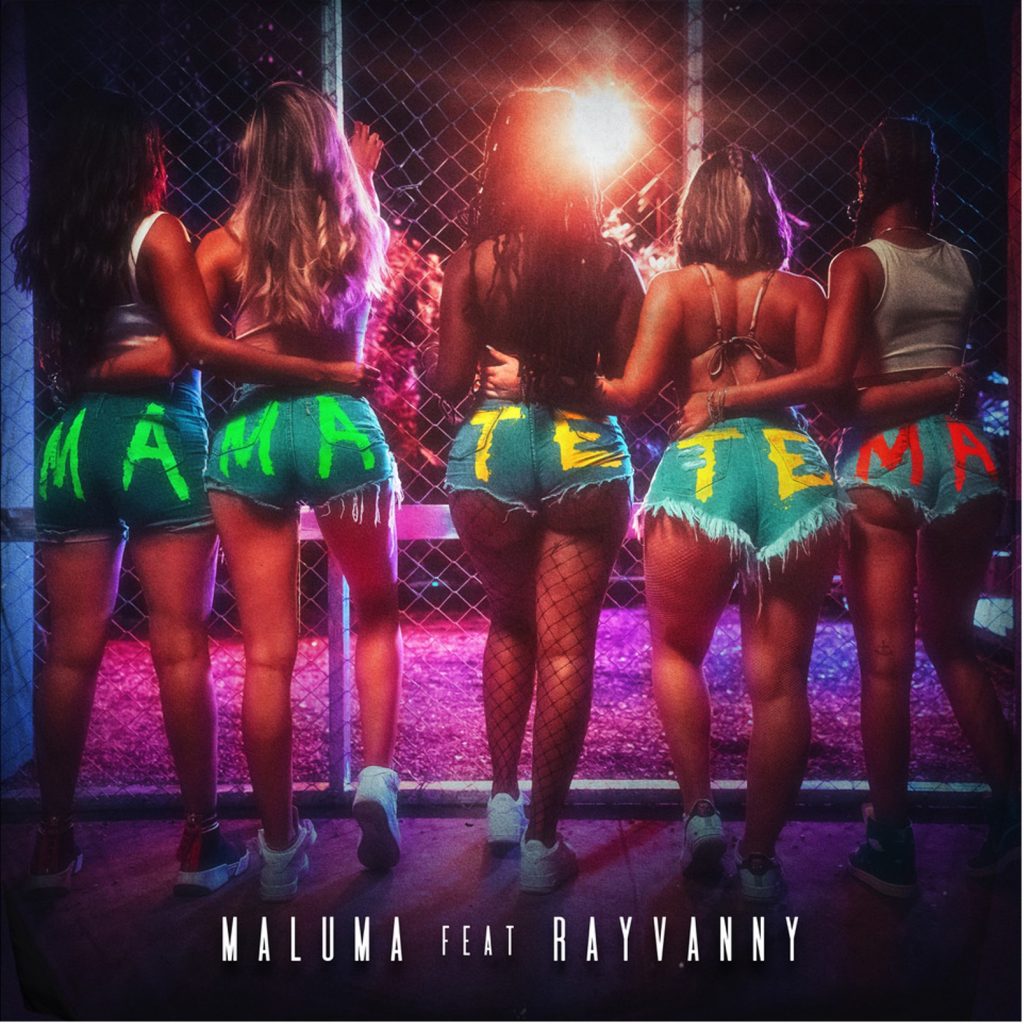 TORONTO, ON – November 11, 2021 – Global Latin music idol, MALUMA, has just released his new single and video, Mama Tetema, feat. Rayvanny, an infectious track that Afro-beat/Reggaeton track in Spanish and Swahili that makes it impossible to stay still, compelling people to dance and tetema (shake). To stream/download the song, click here.Mama Tetema was inspired by the popular track, Tetema (2019), by Tanzanian artist Rayvanny feat. Diamond Platnumz.  Maluma heard the song and loved it so much he decided to reach out to Rayvanny via DM on Instagram, and it worked. The two artists connected, Maluma added new lyrics in Spanish and a Reggaeton beat, and the result is this hot new fusion, Mama Tetema.

The single written by Maluma, Rayvanny and Diamond Platnumz; produced by Salmin Kasimu Maengo “S2Kizzy” and recorded by The Rude Boyz.The track’s video, by renowned director Jessy Terrero, with Rayvanny in Africa, and Maluma in the United States, perfectly captures the feel of Mama Tetema. It is diverse, fresh, sexy and fun, featuring that tetema shake/dance. To watch it, click here.The two artists will come together this weekend for the global premiere performance of Mama Tetema on the MTV European Music Awards stage, set to air from Budapest, Hungary, on Sunday, November 14th.Maluma is nominated to two MTV European Music Awards “Best Latin” and “Best LatAm-Central Act”. Other recent nominations include: three American Music Awards categories, “Favorite Male Artist”, “Favorite Latin Album” and “Favorite Latin Song”; a People’s Choice Awards nomination for “The Latin Artist of 2021” and two Latin GRAMMY nominations for “Song of the Year” for HAWÁI and “Best Urban Fusion/Performance” for HAWÁI alongside The Weeknd.  The young idol recently closed the North American leg of his Papi Juancho Maluma World Tour which made 27 stops throughout the United States and Canada, including sold out concerts at Madison Square Garden in New York, the FTX Arena in Miami, The Forum in Los Angeles, the Golden 1 Center in Sacramento and the Centre Bell in Montreal, among others, marking another phenomenal milestone in the superstar’s career.

About MALUMA:Maluma is one of the leading voices in Latin music and a bona fide global youth idol. Born Juan Luis Londoño in Medellin, Colombia, he formulated his artistic moniker Maluma from the first two letters of the names of his mother, father and sister.The 2018 Latin GRAMMY award winner for Best Contemporary Pop Vocal Album (for F.A.M.E.) is one of social media’s most popular artists with over 23 million Facebook fans, 6 million Twitter followers, and a whopping 60 million Instagram followers, making him the leading Latin male artist on Instagram and the first and only one to surpass 50 million followers. His official YouTube/VEVO channel has more than 26.8 million subscribers, having earned him a YouTube Diamond Play Button Award.With his Maluma World Tour he has achieved unparalleled success, having sold over one million tickets in 105 worldwide concerts in 2017 alone and becoming the top concert-selling Latin artist in the world. In 2018 and 2019, he broke records achieving full houses in all of his shows throughout the United States and Europe selling out Madison Square Garden (New York), the American Airlines Arena (Miami) and two The Forums (Los Angeles), among others. With his 11:11 World Tour he also sold-out Israel’s largest venue, Yarkon Park in Tel Aviv (60,000+ audience); made history at the 18th annual Mawazine Festival in Rabat, Morocco, setting an all-time attendance record with his headlining concert in front of 200,000 people; and performed for the first time ever in Riyadh, Saudi Arabia in front of 25,000. In 2018, Maluma entered the fashion scene with his edgy, youthful, and authentic look, and style. He has been named a “Menswear Icon in the Making” and “Men’s Fashion’s Newest Muse” by Vogue. In addition, he was one of GQ’s “Men of the Year” in 2019 and continues to gain the fashion support of designers such as Kim Jones (Dior), Jeremy Scott (Moschino), Olivier Rousteing (Balmain), Donatella Versace, Calvin Klein, Christian Louboutin, Louis Vuitton and more. In 2019, he attended the Met Gala for the first time, being one of the first Latin urban artists of this generation to be invited by Anna Wintour. Maluma has also released top campaigns and commercials as the face of global brands such as Moet Hennessy, Michelob and Adidas.Since joining Sony Music Latin in 2015, Maluma has released five albums Pretty Boy Dirty Boy (2015), F.A.M.E. (2018), 11:11 (2019), Papi Juancho (2020) and 7DJ (2021). Maluma is the youngest artist to simultaneously hold both the #1 and #2 spots on Billboard’s Latin Airplay chart and only the sixth act to ever achieve the feat he has now repeated three times. To date Maluma has had twenty-one #1 singles on Billboard’s Latin Airplay chart. 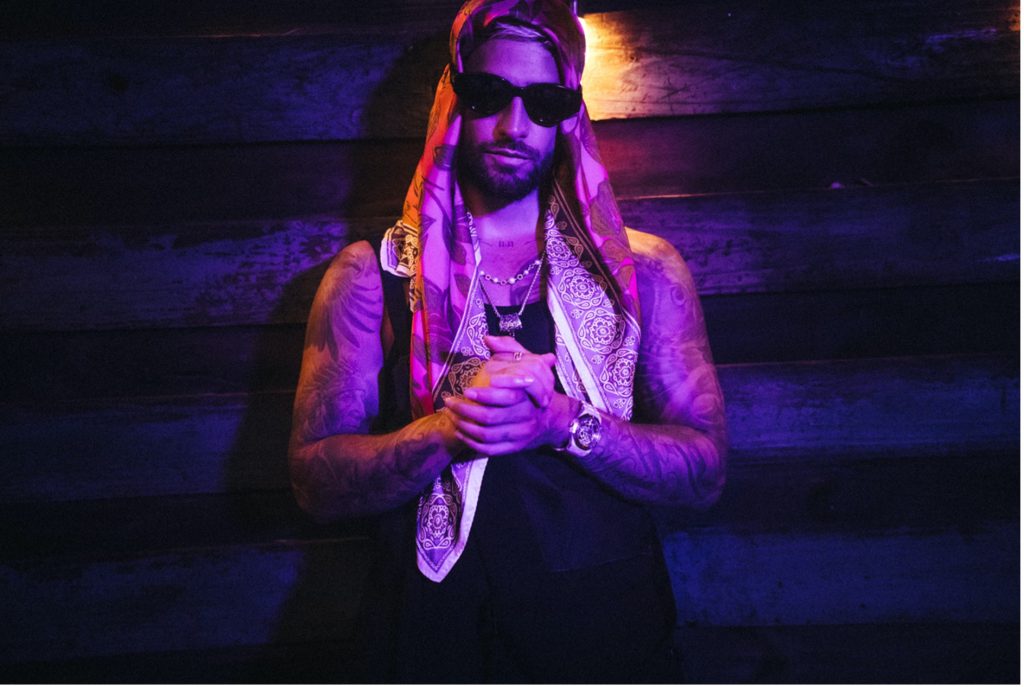