#7DJ (7 DAYS IN JAMAICA) ON HIS BIRTHDAY 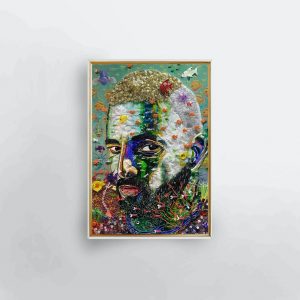 Toronto, ON – January 29, 2021 – Global Latin music idol, Maluma, celebrated his 27th birthday yesterday by surprising fans with the release of the new visual album, #7DJ (7 Days in Jamaica).  The project consists of seven interconnected songs and videos which take  us on an audio-visual journey as Maluma explores the heart of Jamaica, letting go of the trappings of fame and connecting with a new reality, renewed by the island through its people, music, and spirit of freedom.

For #7DJ, the versatile ever-evolving singer/songwriter takes his sound in a completely unexpected new direction fusing Latin urban music with reggae and dancehall, collaborating with renowned Jamaican artists, Ziggy Marley and Charly Black, and incorporating traditional Jamaican musicians and live instruments (trumpets, saxophone, bass, drums). While each track has a distinct style, they are all seamlessly interconnected; the result is a Latin-urban-world music masterpiece that is as refreshing and magical as the journey that inspired it.

The #7DJ visual album concept was born more than a year ago on a seven-day trip the artist took with his close friends and long-time music collaborators to Jamaica, a place he had dreamed of visiting since he was a child.  He was able to immerse himself in island life and sounds while spending time writing and collaborating, creating new connections and fusions every day on a trip that he describes as life-changing.

“Those seven days in Jamaica came at a time when I needed to escape and decompress as I had intensely worked non-stop on my career for seven years… causing me to question if I should even continue doing music. I did a lot of soul-searching and came back a different person, completely inspired and having realized that music is not just what I do, it’s part of who I am; how I experience and interpret life,” expressed Maluma.

Shot in Jamaica and Los Angeles, 36 Grados produced the short film comprised of seven interconnected videos that make the album an audio-visual adventure. To watch it, click here.

The #7DJ album cover is an image created by Colombian artist Federico Uribe, renowned for using recycled materials to create life-like sculptures and art pieces. The artwork created from pieces of discarded plastic is a stunning portrait of Maluma that will be auctioned off with 100% of the proceeds going to environmental non-profits presented by Maluma’s foundation, El Arte De Los SueÑos.

With the concept of executing a pop-up, sustainable art exhibit in Miami for the release of #7DJ, Maluma chose seven other Uribe art pieces made with everyday materials that represent each song of the album. The show is open to the public for a month and will be streamed for everyone around-the-world to visit virtually. A portion of the proceeds from each sale will benefit the following non-profits based in Colombia: Fundación Amigos del Mar, Jardín Botánico de Cartagena and Stand Up Providencia.

About Maluma:
Maluma is one of the leading voices in Latin music and a bona fide global youth idol. Born Juan Luis Londoño in Medellin, Colombia, he formulated his artistic moniker Maluma from the first two letters of the names of his mother, father and sister.

The 2018 Latin GRAMMY award winner for Best Contemporary Pop Vocal Album (for F.A.M.E.) is one of social media’s most popular artists with over 23 million Facebook fans, 6 million Twitter followers, and a whopping 56 million Instagram followers, making him the leading Latin male artist on Instagram and the first and only one to surpass 50 million followers. His official YouTube/VEVO channel has more than 26.8 million subscribers, having earned him a YouTube Diamond Play Button Award.

With his Maluma World Tour he has achieved unparalleled success, having sold over one million tickets in 105 worldwide concerts in 2017 alone and becoming the top concert-selling Latin artist in the world. In 2018 and 2019, he broke records achieving full houses in all of his shows throughout the United States and Europe selling out Madison Square Garden (New York), the American Airlines Arena (Miami) and two The Forums (Los Angeles), among others. With his 11:11 World Tour he also sold-out Israel’s largest venue, Yarkon Park in Tel Aviv (60,000+ audience); made history at the 18th annual Mawazine Festival in Rabat, Morocco, setting an all-time attendance record with his headlining concert in front of 200,000 people; and performed for the first time ever in Riyadh, Saudi Arabia in front of 25,000.

In 2018, Maluma entered the fashion scene with his edgy, youthful and authentic look, and style. He has been named a “Menswear Icon in the Making” and “Men’s Fashion’s Newest Muse” by Vogue. In addition, he was one of GQ’s “Men of the Year” in 2019 and continues to gain the fashion support of designers such as Kim Jones (Dior), Jeremy Scott (Moschino), Olivier Rousteing  (Balmain), Donatella Versace, Calvin Klein, Christian Louboutin, Louis Vuitton and more. In 2019, he attended the Met Gala for the first time, being one of the first Latin urban artists of this generation to be invited by Anna Wintour.  Maluma has also released top campaigns and commercials as the face of global brands such as Moet Hennessy, Michelob and Adidas. 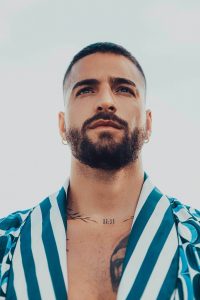