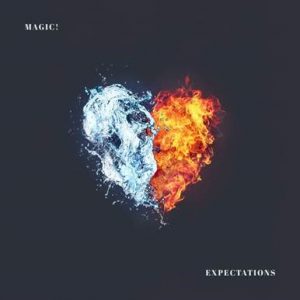 In addition, the band releases the title track to the album (click here to listen). The track was written by the band and Adam Messinger and produced by Nasri and Messinger.

Earlier this summer, the group released the first single and music video for “Kiss Me” (click here to watch).  The track has over 3 million streams on Spotify while the music video has over 15 million views.

This fall, MAGIC! will be on their headlining Canadian tour starting in September (click here for tour dates).

MAGIC! is composed of Grammy Award-winning songwriter/producer Nasri (lead vocals), Mark Pelli (guitar), Alex Tanas (drums) and Ben Spivak (bass). The band made their mark with hit single “Rude”, released in 2014 before exploding into viral popularity. Holding the #1 spot on Billboard’s Hot 100 chart for six weeks, “Rude” simultaneously dominated the charts globally, hitting #1 in 41 countries. The track has been streamed nearly 500 million times on Spotify and the upbeat, quirky video for the single has seen over 1.3 billion VEVO views.

07 Darts In The Dark

10 How You Remember Me

12 When The Trust Is Gone

To Listen or Purchase “Expectations”: