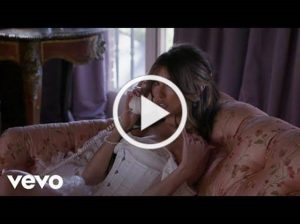 Drawing inspiration from David Lynch’s glamourized scenes of Americana, the “BOYSHIT” video finds Madison portraying the perfect girl next door who teaches a group of young women how to deal with their relationship troubles. Directed by Lauren Dunn, the video premiered on YouTube after a livestream chat with eager fans, waiting to see the rising pop star deliver another glimpse into the world of Life Support.

“I wanted this video to be a tongue-in-cheek nod to dealing with toxic masculinity while playing with the aesthetics of cult films ‘Blue Velvet’ and ‘The Heathers,’” says Madison. “At its core, ‘BOYSHIT’ is about knowing your worth and taking back your power in a relationship that clearly has its problems. I’ve been there and that isn’t always an easy thing to do, so I hope this song serves as a reminder for any of my fans out there who need it. You’re worth so much more than someone’s BS.”

Upon release, Billboard said “BOYSHIT,” “makes a late case for one of the best pop chorus openings of 2020.”  The track is the latest single from Madison’s highly anticipated debut album, Life Support, out February 26th. The album features previous releases “Good In Goodbye,” “Selfish,” “Stained Glass” and “Baby,” which have a combined total stream count of 500 million. “Selfish” is now certified Platinum in Canada. Globally, Madison has over 3 billion streams across her catalogue.

Madison has attracted the endorsement of Billboard, V Magazine, Paper and Rolling Stone who hailed her as a “rising pop star.” Most recently, Madison was tapped as a VEVO Lift artist, joining the likes of Billie Eilish, Jorja Smith, and SZA. You can find the campaign performances of “BOYSHIT” and “Selfish” as well as the “Dreams Look Different in the Distance” short film on Madison’s YouTube channel.

Prior to signing with Epic Records in late 2019, Madison achieved unprecedented success as an independent artist with her partner First Access Entertainment. Her EP As She Pleases boasts nearly 1 billion streams and made her the first independent female solo artist to break into the Top 20 radio charts. Madison’s debut album Life Support is a strong personal and artistic statement that sees Madison where she thrives – commanding creative control through writing her own songs, producing and creating her own visuals.