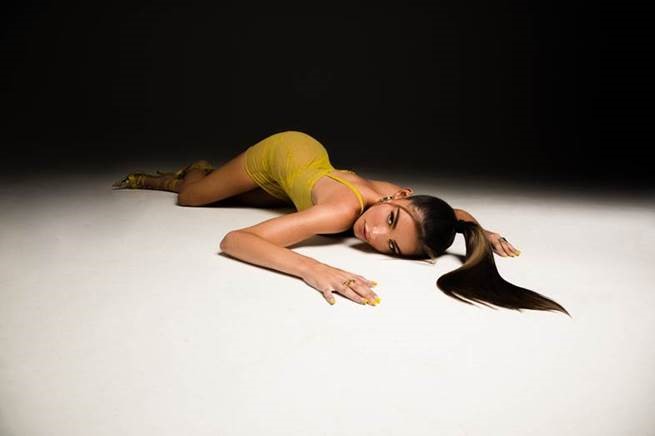 Today sees Madison Beer release her latest single “Baby” via Sing It Loud/First Access Entertainment on exclusive license to Epic Records. With the drop of the single comes a dreamy voyeuristic video that finds Madison plucked from a picturesque scene and dropped into the dark reality of life. “Baby” is taken from Madison’s forthcoming debut full length album Life Support, out later this year. You can listen to the single here.

“I’m so excited for ‘Baby’ to be out in the world,” states Madison. “The video was such a labor of love – visuals are so key for me. I wanted it to feel cinematic, a little sexy and dark while still being fun. I drew some of the inspiration from cancel culture, and how even when people try to get you down, you just have to go out there and continue to be the badass that you are. I want my fans to put on this song and feel like they can conquer the world.”

Madison’s debut album, a strong personal and artistic statement, is slated for release later this year. “Her soon to be released album,” states V Magazine, “will surely pay homage to her years of growth in the spotlight with an entirely new depth of clarity.” Life Support sees Madison where she thrives – commanding complete creative control through writing her own songs, producing and creating her own visuals. The album will feature previous releases “Good In Goodbye,” “Selfish,” and “Stained Glass” which have a combined total stream count of over 282 million. “Selfish” is now also certified Gold in the US and Canada.

Prior to signing with Epic Records late last year, Madison Beer achieved unprecedented success as an independent artist with her partner First Access Entertainment. Her debut EP As She Pleases boasts over 950 million streams and made her the first independent female solo artist to break into the Top 20 radio charts, after having debuted in the Top 5 on iTunes in 18 countries and in the Top 10 in 42 countries worldwide. Globally, Beer has over 2 billion streams across her catalogue.

She’s attracted the endorsement of Time, NME, V Magazine, Billboard who named her among its coveted “21 Under 21” list and Rolling Stone who hailed her as a “raising pop star.” Madison will be debuting “Baby” on The Late Late show with James Corden on August 26th.